The criminal lack of a plan 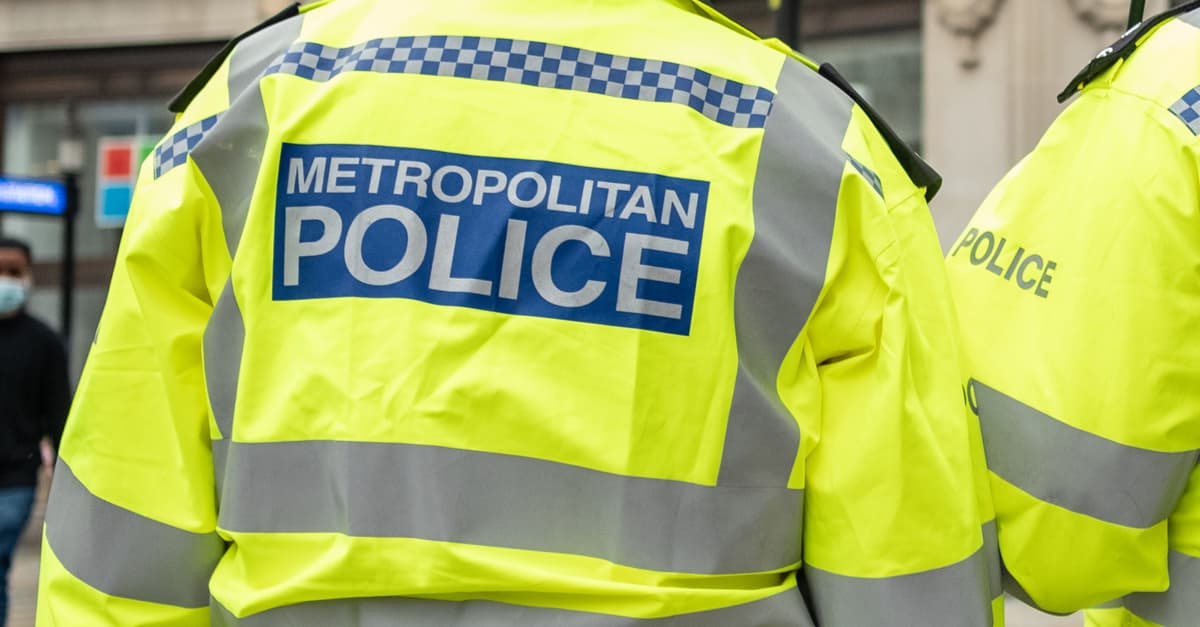 Metropolitan Police Commissioner, Dame Cressida Dick was forced to stand down last week after she lost the confidence of the London Mayor, Sadiq Khan.

It followed a period of intense turmoil for the Met where it wounded itself because of the actions of serving police officers in a series of shocking high-profile cases.

There was the murder of Sarah Everard by a serving police officer and the Met’s catastrophic handling of the women’s vigil in response to it. Two police officers were found guilty of misconduct in public office after they took and shared ‘dehumanising’ photographs of two murdered black women – sisters Bibaa Henry and Nicole Smallman. And five officers were reprimanded over failings that let a serial killer targeting gay men go free.

Three separate incidents, but each an example of deeper and longer standing accusations of misogyny, racism and homophobia that have been levelled at the Met. And it seemed to be confirmed with the exposition of the contents of a What’sApp group of serving police officers in Charing Cross Police Station, where their discriminatory views were on display in all of their ugliness.

It seems that there were a number of deep assumptions about what a leader of an organisation, in this case the Metropolitan Police, is able to change within an organisation and the speed with which they ought to be able to do this.

He wrote in the Guardian: “I will not support the appointment of a new commissioner unless they can clearly demonstrate that they understand the scale of the cultural problems within the Met and the urgency with which they must be addressed”. And crucially he followed by saying: “In short, they need to get it, and they need to have a proper and robust plan to deal with it”.

There seem to be two assumptions underpinning the Mayor forcing the Commissioner to resign:

This article will explore both of these assumptions as it relates in turn.

As the country looked on in horror and disbelief as every new crisis engulfed the Met, it was the Commissioner who was spokesperson. There was significant criticism about her messaging and much of it is based in her seeming lack of empathy.

What we saw in the Met Commissioner was a person holding a very careful line between saying what she thought needed to be said whilst not incriminating the Met further.

The police are as careful in their wording as lawyers; knowing as they do that their words can come back to haunt you in a court of law further down the line. But the lack of empathy – the lack of utter fury and sadness – to match the feelings of wider society, was patently missing from Cressida Dick.

Think back to when Princess Diana died and the country were furious that the Queen didn’t immediately come to Buckingham Palace to mourn with the country. And contrast this with Barack Obama when he cried after the Sandy Hook school massacre, saying: “I can only hope it helps you to know you are not alone in your grief. We have wept with you. We have pulled our children tight.”

In setting the tone, a leader is being asked to mirror back to society something of our own feelings. People are looking for leaders to help them cope and make sense of the situation. To provide some comfort.

And it is often high emotion that sparks action. In such tipping points, the pain of inaction is worse than the torment that’s inevitable during massive change and we are mobilised to finally do something about a situation we can no longer tolerate. How could we trust that action would follow, when we didn’t see the emotion that usually precedes it?

“We often think of movements as starting with a call to action” say Walker and Soule in their HBR article “Changing company culture requires a movement, not a mandate”. But they note that in fact a movement starts with emotion: “a diffuse dissatisfaction with the status quo and a broad sense that the current institutions and power structures of the society will not address the problem. This brewing discontent turns into a movement when a voice arises that provides a positive vision and a path forward that’s within the power of the crowd”.

The recent failure of the Met to initially investigate the Downing Street parties, made the Met look, not like the institution to change the status quo, but one that was firmly aligned with it.

The tone set by Cressida Dick didn’t display that she got it. Mina Smallman, the mother of the Bibaa Henry and Nicole Smallman was deeply critical of the Commissioner noting that she was too concerned about ‘hiding their dirty laundry’ and ‘protecting the brand’ to give her the confidence that she would make the necessary changes.

Could she change it?

It is clear from Khan’s words that he believes that a leader has a central role in changing culture and that a robust plan precedes which. But most of the literature of enterprise leadership and company culture would not support this.

Walker and Soule note: “culture change can’t be achieved through top-down mandate. It lives in the collective hearts and habits of people and their shared perspective of ‘how things are done around here’. Someone with authority can demand compliance, but they can’t dictate optimism, trust conviction, or creativity.”

Cressida Dick had a vital role in changing the culture at the Met – but her part was specific and relatively small. Was it fair to expect her to be able to come up with a plan for this change?

In those who advocate for a mechanist approach to change, the answer is yes. People like John Kotter believe that major change initiatives can be done sequentially by taking a simplistic step-by-step approach, such as his 8-step plan below:

There’s just one problem with this. It doesn’t work.

Major change and especially culture change has never worked like this and it never, ever, will. These ideas are rooted in the misconception that human systems can be managed like a machine: manage the input and the process and you can predict the outputs.

But human systems don’t work like machines, and even those involved in relatively straightforward change know that it never goes according to plan. As soon as it comes in contact with the personal agency of individuals, and of deeply rooted teams, how it will be accepted is no longer in your control.

If this is the type of plan that the Mayor was looking for, it would be unlikely to yield the results he wanted.

Changing the Met’s culture will be all the more challenging because the processes and structures in place that have helped it develop a strong culture are the very things that makes changing it so difficult. That is a rigid, hierarchical, bureaucratic design and managerial style with strong in-groups and out-groups.

The strong culture that worked better (but perhaps not well) in a different age has obviously reached obsolescence. But how does an institution or organisation of such size and complexity evolve its way out of a strong, dominant culture without breaking down? Like pulling on the individual strands of a rope, pull too many, or the wrong ones and it has the effect, not of changing something Goldilocks-like, “just enough” but so much that the whole thing unravels.

That sounds a lot more challenging that implementing an 8-point list.

The Met has survived on developing a strong culture of order. But it may be destroyed because it cannot find balance in the antithesis: a culture of change and adaptation.

The sheer complexity of changing a deeply ingrained culture like the Met is likely to be a major, multi-year endeavour that would best be done in an emergent way with people who understand that working with such complexity requires a radically different skillset and mindset than that outlined in a simple plan.

Khan’s frustration at Cressida Dick is understandable. And he is right that she needs to be replaced by a leader to understands the necessity for the radical change at the Met and is philosophically on board with such a mammoth task. But I’m not sure any ‘plan’ to change culture would ultimately work, given the incremental, complex and emergent way attuned leaders who have successfully navigated culture change have done.

But for whomever this baton is passed: good luck.