Bring yourself to work 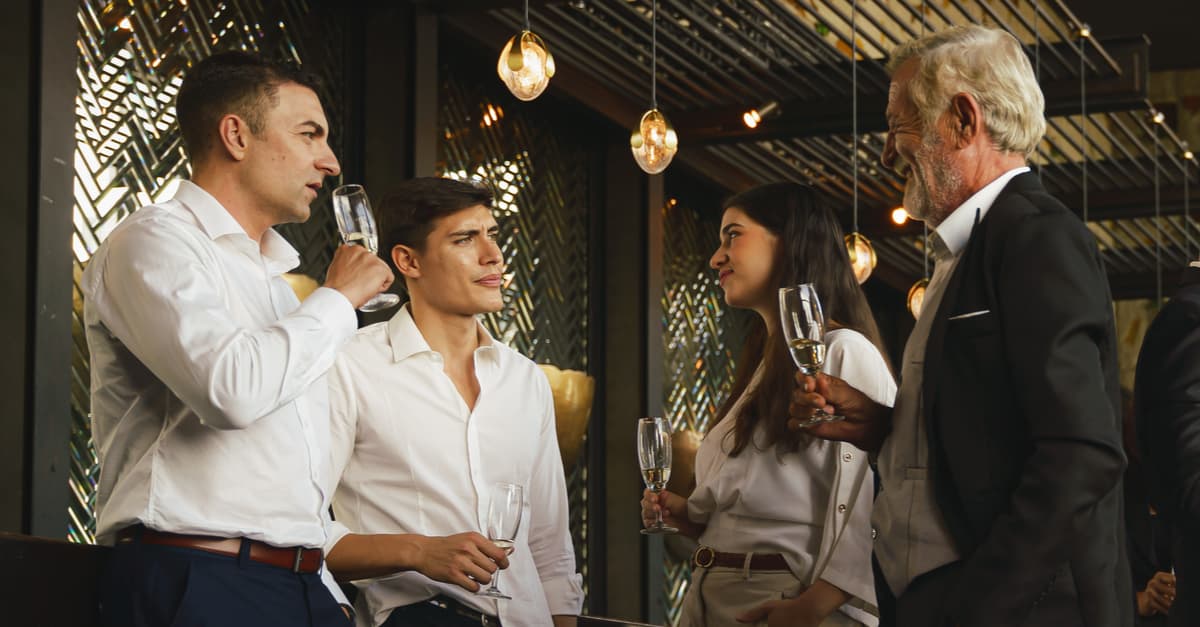 A bass guitarist, a knitter, a water-colourist, and footballer walk into a bar…

Except they did actually walk into a bar. I went with them. They talked, laughed, debated, teased. It was a great night.

The next day the same folks walked into a Zoom room – into one of their bi-weekly executive team meetings. I was there too, to observe and coach. Except this time it wasn’t light, it wasn’t fun and there wasn’t much debate to speak of.

If I were to describe the meeting in that Zoom parallel universe, I’d use words like analysis, evaluation, appraisal, calculation.

Don’t get me wrong. This is a highly effective team at some things. They’re leading a successful organisation in the here-and-now very well. But it’s an industry that is in the maelstrom of disruption. Customers want different things. The market is changing. And managing their myriad stakeholders is now a central part of their ongoing work – not an aside left to a graduate in the community engagement team.

This is a team who are ready to develop the second of the four ‘fluencies’ that 17 CEOs and I uncovered in the course of research into the ways of thinking, acting and being that executive leaders must become fluent in to lead in our disrupted world.

The future isn’t already set. And it doesn’t arrive fully formed in one piece for us to work with. The future emerges as trends and disruptors coalesce – novel ideas, emerging technologies, and shifts in values collide with events that change our hearts and our minds.

In this way, the future leaves clues. If we are attuned, if we develop futures fluency, we can anticipate the plausible, possible and preferable futures that will one day come to pass.

Yet most strategic planning is based on forecasts, not foresight. Market analysis, customer insights, financial forecasts. The data that’s used to provide insight is typically based on historical insights extrapolated into the future.

It’s true that organisations have persistent qualities over many years and decades. It’s straightforward to measure those things that move gradually over time. But if we pay attention to the way all types of change happens, we can see that it doesn’t just happen incrementally in the way forecasts suggest. Change, especially disruptive change, tends to happen in discontinuous bursts.

Events coalesce to create the conditions for major tipping points and upsets. A pandemic, the shooting of a black citizen by a police officer, a young person boycotting school on a Friday in a silent climate protest. Each of these events caused ripples and changes that are having profound impacts globally. Events far in space and time have consequences for us all.

Accepting that change happens both incrementally and in disruptive bursts, it’s curious then that data and analysis in organisations on how change will likely happen is massively skewed towards incremental change.

But what use is it if we don’t try to anticipate the disruptive, volatile change that may have the most profound impact on our business? Robbing us of the chance to influence it before it happens and being truly agile when it does.

Understanding the future to act in the present

We want the companies we lead to create sustained value and achieve longevity, but in many cases, we’re experiencing the opposite.

In the UK, only 30 of the FTSE 100’s original companies were still there by their 35th anniversary. In the US, the average large company lifespan has fallen from 75 years to just 15 since the 1950s.

Executive leaders have a choice. Wait until the disruption and turbulence of a highly volatile world impacts your business and then react, or get in front of what might be coming, to anticipate change, and proactively make strategic choices to enable your business to adapt.

Before being agile and responsive, you have to be able to anticipate what might be coming. That is, becoming fluent in the ability to see how issues, trends and events may coalesce in such a way that they have a huge disruptive impact on you and the business that you lead.

But there’s a problem. The ways of thinking, acting and being that’s required to problem solve and lead incremental near-term change, is radically different from what’s required to grapple with what might happen in a future that is unfolding and could go in myriad different ways.

The team I told you about at the start of this article were holding an assumption about executive leadership that it has to be serious, dry, analytical. But if this team stay stuck in a managerialist way of being, they’re missing out on the huge potential that their abundant creativity, imagination and talent has to offer.

To become futures fluent, this team – like so many others I work with – must balance their left brain analysis, with something altogether more organic. More creativity, more imagination, more inventiveness. In short, we need them to bring their full knitting, bass guitaring human selves to their leadership task.

Imagination allows us to suspend what is and explore what might be. Perhaps this is why organisations are ambivalent towards imagination. It’s needed, but because there is so little control over the outcome and their consequences, it’s feared and often avoided. But avoiding it is not an option in our world of disruption and turbulence.

One catastrophic example of a failure of imagination is outlined in the Commission Report published to understand why 9/11 was able to happen. It notes that ‘across the government, there were failures of imagination, policy, capabilities, and management” but “the most important failure was of imagination”.

“The course of action devised by the terrorists was perversely imaginative, and from their perspective, successful”.  Because it went against the assumption that terrorists would devise attacks that would provide them with the opportunity to negotiate the release of captive extremists held in the USA, the “possibility that terrorists might not be interested in dialogue at all, but only in destruction, was ‘unimagined’”.

Holding too firmly to the world as it was without exploring what it might be could be described as the ultimate act of poor leadership. Imagination, anticipation and creativity are therefore fundamental capabilities in effective leader. And in every executive team that I’ve worked with, they have it in spades.

Motorbike fanatics, hydrangea experts, bass guitarists and knitters. Deeply evolved and interesting people with multiple talents and intelligences. How tragic then, that we often ask our executive to leave their true selves in the pub. That is no joke at all.