Groupthink and ways to solve it 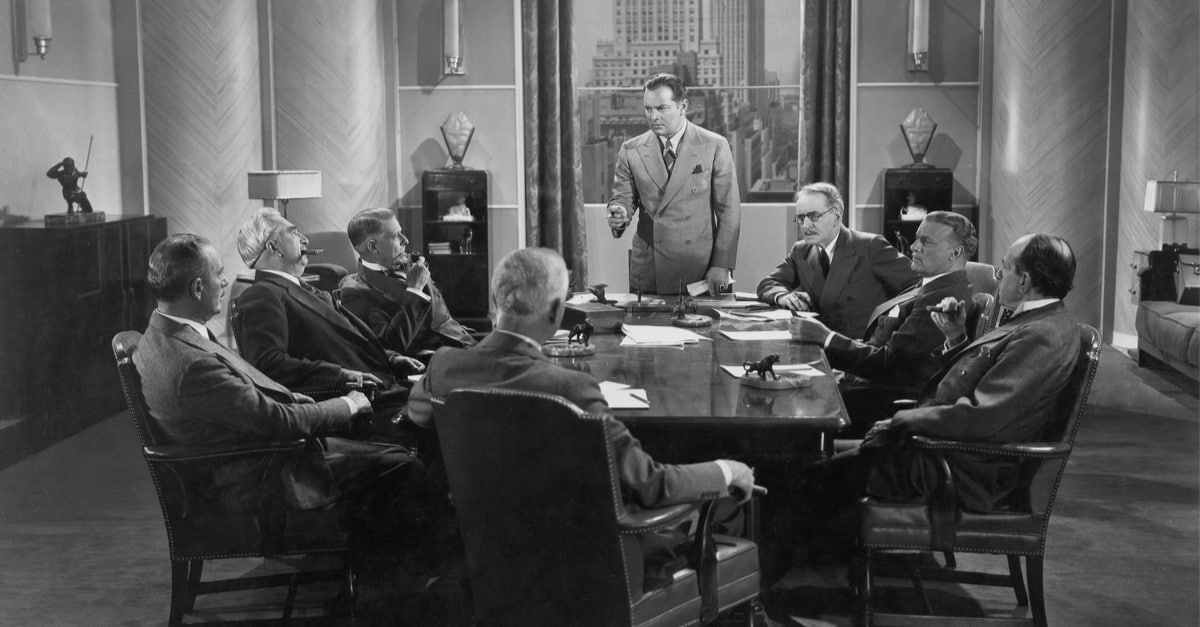 In 1962 John F. Kennedy and his administration brought the world to the brink of nuclear war during the Cuban Missile Crisis. The now-infamous episode was pored over by political scientists and behavioural scientists alike. The catastrophe baffled observers because Kennedy, himself a skilful tactician, was surrounded by famously brilliant advisors. Yet at every step, they made a catalogue of wrong turns and disastrous decisions.

We now know the incident had devastating consequences for the US and its global reputation. The incident left Castro standing victorious on the world stage whilst Kennedy and his administration were left humiliated. And the strengthened position of Cuba and Russia deepened the Cold War. Kennedy later reflected that even though his administration was made up of the most experienced and smartest people he could get, something went badly wrong. He noted that as soon as the crisis was over, he and his advisors looked at each other and asked: ‘How could we have been so stupid?’ It’s a good question. What happened?

One of the most famous, and enduring, insights came from the Yale social psychologist Irving Janis, who built his career studying group cohesion. Janis argued that it was the Kennedy administration’s inability to engage in rigorous challenge and debate that was the key factor in why they made such disastrous decisions. In a theory he labelled groupthink, Janis argued that Kennedy and his close-knit team were too concerned with the maintenance of their relationships to be able to challenge each other effectively or to engage in productive dialogue. When they should have been skeptical and confrontational with each other, they instead succumbed to a pressure towards uniformity. Self-censorship within the group created the illusion of unanimity and a sense of invulnerability.

Since then, groupthink has endured as a theory to explain why groups made up of otherwise brilliant individuals come to make ruinous decisions. Groupthink creates defective decision-making strategies in groups because it creates an illusion of invulnerability, collective rationalisations, and pressure towards uniformity through self-censorship – all of which create an illusion of unanimity within the group. Its effects were not limited to the Cuban Missile Crisis. It has since been cited as at least a partial reason for the Challenger space-shuttle disaster and the Watergate scandal. In business, it’s been argued that it was groupthink led the boards of financial-services institutions to allow their organisations to walk headlong into the global financial crisis.

Groupthink may seem at odds with the widely accepted view that there is greater collective wisdom in teams than in an individual leader. If you’re a CEO or a functional leader, you may be the smartest person in the room – but the room as a whole is always smarter than you as an individual. Always. Collective intelligence has been repeatedly shown by those studying group functioning to create better outcomes than individual brilliance. But groupthink illustrates that just letting a team get on with it without any attention to their group process can lead things to go spectacularly wrong. How then, do we respect the efficacy of collective decision-making and problem-solving without falling prey to the dangers of groupthink? There are two practical things that leaders can do.

Groupthink creates defective decision-making because it stereotypes those outside the group. When the group lacks diversity – in all of its forms – it regresses to a form of infantile safety: ‘we’re right, they’re wrong; we’re good, they’re bad.’ There was a woeful lack of diversity in the Kennedy administration – which of course was typical across the world at the time. Kennedy’s very charisma and reputation for sound judgement was a major inhibitor in the group, which prevented it from tapping into its infinitely stronger collective wisdom.

Diversity and inclusion is a hot topic for good reason. Not only does it make sense ethically to increase the range and type of people you have in your senior team, diverse teams have been proven to make better, more creative decisions. McKinsey conducted a survey of public companies in 2015 and found that the top 25% most diverse companies generated 53% more return on equity than the least diverse companies. Many subsequent studies have found similarly profound results.

A rich body of research accumulated over more than twenty years also shows that diverse top teams consistently outperform homogeneous teams. The more complex or challenging the task, the greater the positive impact a diverse team has. When you add diversity to a group – whether it’s demographic diversity such as gender or ethnicity, or cognitive diversity (that is, people who have been brought up in a different tradition, such as a different professional background) – it interrupts the group’s pull towards conformity. Different views and opinions create creative tension, which improves the decision-making process.

When groups don’t pay attention to the process they use to make decisions, it’s usual for the most powerful, the most passionate, or the most extroverted person in the room to dominate the discussion and shape what issues are addressed and how they are resolved. Even in groups where there is a strong positive group dynamic, it’s natural for people to pay special attention to the leader’s view as a guide to what’s considered an appropriate response.

If we agree that the wide variety of views held within a group provide a better collective understanding of an issue than any one individual, then bringing all of these views into the room to inform decision-making is typically much more effective than just going with the strongest view. But to do so, you need to remove the group dynamics that inhibit people from speaking up.

Recently I’ve been using decision-support software with groups as a way to democratise how decision-making is done. The use of a tool on people’s phones to anonymously poll group members at key decision points means that the group are more likely to manifest their wide diversity of views – and therefore reach better decisions. This software can be used in meetings to take polls, prioritise ideas, rate opinions and make decisions.

In and of themselves these tools may seem quite simplistic, but they have the effect of structuring the meeting and the conversation in a radically different way. By allowing punctuation points in the meeting to sort ideas, rate options and use voting for decision-making, they shift the focus away from the views of strong individuals towards an understanding of why the group has voted the way it has. This opens up discussions that might overwise not have taken place and allows for unpopular views to find their way into the conversation without putting any one person ‘at risk’ for having them. The impact this can have on group decision-making can be transformative.

But beware. When groups experience the positive effects of a more fair, rational and unbiased way to make decisions, they often don’t want to go back to the old way of doing what the boss says.

Groupthink may be an old concept, but it remains a useful model to help understand why teams made up of intelligent, talented and well-meaning individuals make decisions that can be so damaging. It’s important to remember that the norms and dynamics we create in groups can lead us to poor decision-making. Being deliberate about this acknowledges a fact of group dynamics rather than a failure in your team’s functioning.