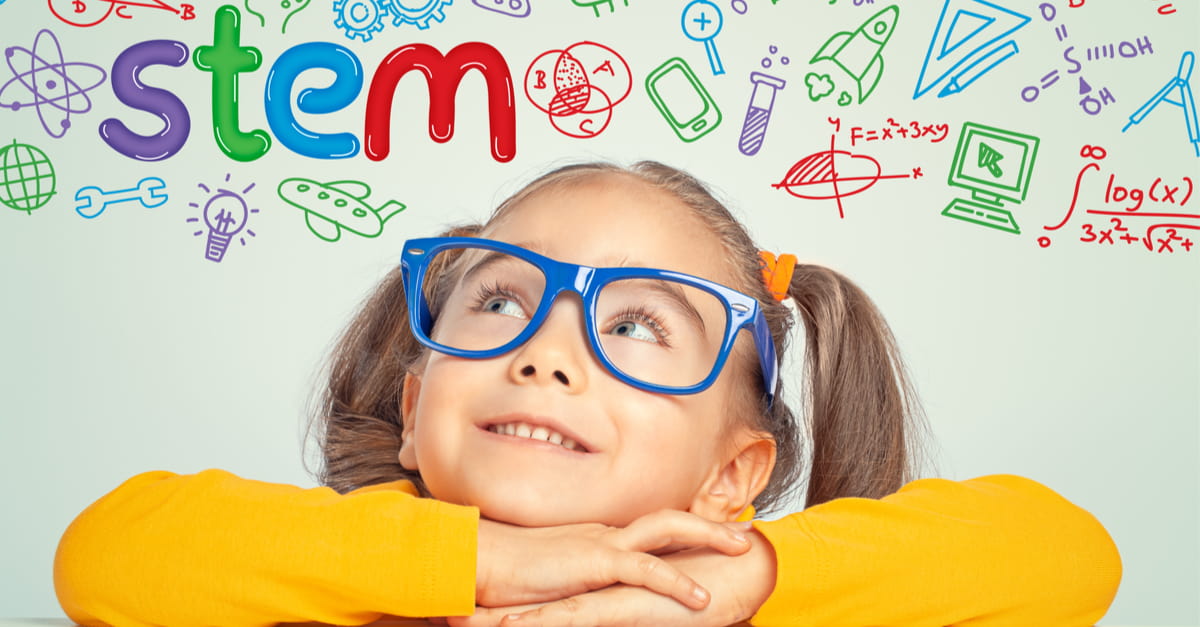 At the White House on March 23rd 2015, ferocious winds and sleet from the north-east battered the windows of the opulent first floor Red Room. But the people inside it that day were oblivious to it.

The event was the result of President Obama’s pledge, early in his administration, to improve STEM education – science, technology, engineering and mathematics. He consistently prioritised improved teaching and access to STEM subjects throughout his tenure, and the annual White House Science Fair was his way to recognise young people who were excelling in STEM subjects.

Obama’s commitment to STEM was echoed around the world. In the same year, the EU Policy Department, at the request of the Committee on Employment and Social Affairs, was tasked with analysing European and national approaches to encourage STEM uptake in relation to labour market needs, and to identify practices that would help increase future supply.

There’s no doubt that for global progress to continue, development in STEM subjects is crucial and efforts in this area are to be encouraged, especially for under-represented groups.

So far, so good. But the challenge for us as leaders is that culturally we seem to struggle to hold two ideas simultaneously, and the increased status and investment in STEM since then has had the knock-on effect of downplaying the arts and humanities, at all stages of formal education.

The recent death of Sir Ken Robinson, the educationalist whose career was dedicated to shifting education perspectives in favour of innovation and creativity to better meet changing personal and global requirements, reminded us about the need to keep our focus broad, and avoid the risks associated with developing our young people with too narrow a mindset.

Education policy doesn’t just shape someone for the start of their career, but also for the place where I most often meet them – in the Executive Suite.

Most leaders are promoted on the basis of their technical and functional excellence. It is their depth of expertise that is valued and rewarded by promotions, throughout their career. So, by the time they get an executive role, they are often highly specialised. Yet when they reach the most senior leadership levels, it is breadth of skills and talents that is necessary.

Take it from an actual rocket scientist…

Consider Fabiola Gianotti, the particle physicist and Director General of CERN, one of the most respected scientific institutions in the world, responsible for the Hadron Collider and the birth of the World Wide Web. Gianotti is, literally, a rocket scientist.

At the 2018 conference of The World Economic Forum in Davos, Gianotti spoke of the need to move away from training and educating people exclusively in single subjects within science, technology, engineering and mathematics. “We need to break the cultural silos,” she said, in her address. “Too often people put science and the humanities, or science and the arts, in different silos.”

Like Robinson, Gianotti is a strong supporter of a multi-disciplinary and varied education, believing it to create both better scientists and more well-rounded citizens. Her own high school education focused on the humanities: Latin, Ancient Greek, History, Art History and Music. In Italy, there is access to all faculties in university, irrespective of what a student has studied at high school. This disciplinary flexibility enabled Gianotti to switch to Physics when she went to university in Rome. She claims that studying the humanities contributed to who and what she is today as much as her formal physics training.

She also sees the benefits of broad scope learning for the people she leads and mentors at CERN. There are relatively few long-term scientific research jobs at CERN. Of the 60 per cent who eventually move into industry, Gianotti notes that it is not their scientific training that makes them excellent employees elsewhere but rather their analytical, creative and critical thinking, alongside their ability to collaborate well, communicate effectively, and work and think flexibly. She summed this up when we noted at Davos: “The tools that are needed are not just the scientific specialist tools, but the general tools too.”

Breadth in the C-Suite

Some of the most insightful and strategic thinkers in the executive teams I work with are not the ones with the deepest level of technical or functional expertise, but those who are able to apply their thinking across multiple disciplines. Seeing patterns across the problem domain makes for the most effective problem-solving and decision-making in the C-suite.

There are a number of ways to combat the issue of breadth. For reasons of space, let’s focus here on what we can do in the short term for leaders who have already reached executive levels. That is, to develop the collective leadership capacity in the way the top team solves problems in real time. It equates to a shift from the multi-disciplinary to the inter-disciplinary.

Most executive teams have a strong multi-disciplinary focus. The CFO works with the

COO, who works with the Legal Counsel, and so on. And top teams solve problems by bringing lots of disciplines together to contribute their expertise, right? Wrong.

Each academic discipline holds a set of assumptions about how the world works, what’s important, and how to solve problems. Left to their own devices, many executives speak of the frustration of working with their colleagues to solve problems collectively, precisely because everyone is working from a different mental model. Just because there are multiple disciplines in the team doesn’t mean you’re capitalising on the breadth of perspectives.

What’s needed is a move towards truly inter-disciplinary thinking. This occurs when a team of experts consider not only the problem they are solving, but also the thinking they’re bringing to the table to solve it. This shift is where the team collectively brings the right tools to the intellectual job at hand.

Leaders need to know the paradigm within which they are operating. And they need to be able to see what problems this paradigm is appropriate for, and when it needs to be dispensed with in favour of an alternative worldview. As the problem types change, so too will the person with the greatest amount to offer to help solve the problem – but in inter-disciplinary teams they are enabled by supportive challenge and insight from colleagues with different perspectives.

Mediating these different perspectives needs skilled facilitation. The CEO is often ‘chair’ of the executive committee, but it’s a tall order to expect a CEO to facilitate this type of conversation and act as the person who has the ultimate decision-making power. For important issues, it requires support – either internally or externally – from someone who is trained to spot the paradigms different executives bring to their problem-solving.

The future rise of the generalist

The historic rise of the specialist is having an unintended consequence, and it’s a legacy we ignore at our peril. Complex problems are being too narrowly defined within a particular theoretical framework and key people in the executive team have been trained in. Specialists cannot help but assume that the way they organise work is natural or inevitable.

But history has demonstrated time and again that very often it is when specialists move out of their functional specialism that they create the most innovative solutions.

So, thinking back to those six-year-old super-heroes at the White House Science Fair…what does this crucial leadership requirement mean for education in STEM subjects?

I’m certainly not arguing that people should not become experts. And for sure, we need to cultivate a pipeline of talent and future capability in science, technology, engineering and mathematics. But we shouldn’t be cultivating it at the expense of the arts, or humanities, or social science.

In formal education and in professional development, there is vast untapped value in broadening out to encompass more than just a single field of expertise; a broadening to see things through different lenses and wider perspectives.

Because, increasingly, brilliance is achieved not by breakthroughs in a single discipline, but in the development of ideas right across those disciplines.