Learning from the demise of a giant 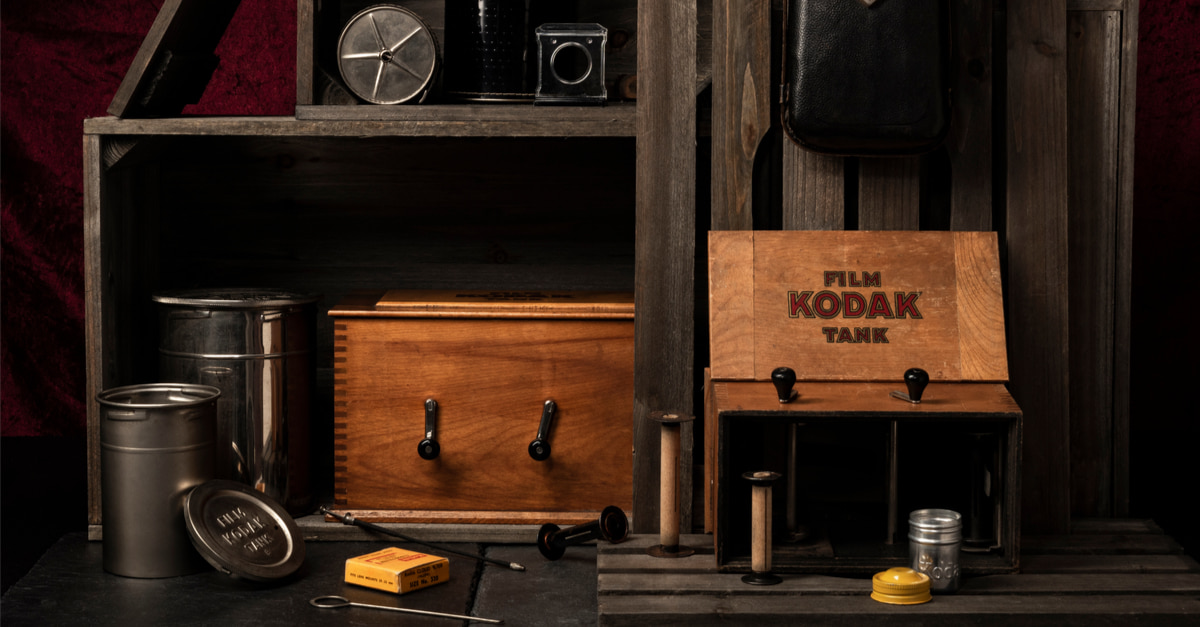 A gleaming 19-story skyscraper in the High Falls district of Rochester, New York has been the setting of a long and painful corporate death. Its demise offers crucial lessons for business leaders in traditional industries facing disruption.

Once a darling of Wall Street with an impressive 122-year history, the global brand Kodak failed to make a strategic shift so fundamental that all its resources, talent and might were rendered useless. In January 2012, Kodak filed for Chapter 11 bankruptcy protection after it failed to achieve a strategic pivot to adapt to the digital age.

Conventional companies like Kodak often look to the future with foreboding. Knowing that their legacy business model will become obsolete in a radically disrupted world. Their challenge is two-fold.

Firstly they must have the foresight to read the signals that indicate how the future might unfold. Then, they have to work out how to shift the company so that it is viable in that new reality.

Although it is currently de rigueur to look in awe at Elon Musk’s ambitions to colonise Mars, or Uber Elevate’s ambition to create aerial ridesharing, most organisations find their next strategic move not in a radically different space, but in the area known as the ‘adjacent possible’.

The term ‘adjacent possible’ was created by evolutionary biologist Stuart Kauffman who noted that organisms evolve not in giant exponential leaps, but incrementally into the space next to where they are. We can borrow this idea and apply it to organisations to better understand how strategic evolution and innovation occurs. Steven Johnson, in his book Where Good Ideas Come From, explained that “the history of life and human culture, then, can be told as the story of a gradual but relentless probing of the adjacent possible, each new innovation opening up new paths to explore”.

The adjacent possible and Kodak

The adjacent possible represents the biggest opportunity for organisations – but also the biggest threat. It is an opportunity because it represents where the needs of your industry and the needs of new market intersect. A well-timed and considered move can strengthen and sustain your company for many decades ahead. Those possibilities are to be found in a full 360 degrees around the area in which your company currently operates. For Kodak this sphere of opportunity was most obviously photography, but given its manufacturing processes, huge opportunities existed also in the chemicals market.

You need to be acutely aware that the adjacent possible for your company is also an opportunity for others – and not just those within your own industry. Other companies, perhaps a sector or two removed from you, will likely find common opportunities in the sector space that lies between you – creating new threats as well as opportunities.

Perhaps the biggest threat is that you may choose the wrong adjacent possible. You put valuable and limited resources into what’s current or hyped, without fully understanding that it does not represent the sweet spot in which you have both possibility and competency. This, I believe, is what happened to Kodak.

For Kodak, the market’s switch to digital photography was so rapid and so complete that it destroyed the company’s competence and advantage. The new technology rendered many of its resources and capabilities – such as its previous strategic advantage in photographic paper – useless. For camera manufacturers, in contrast, the shift from analogue to digital was relatively straightforward; they installed digital backs onto standard cameras. But for film and paper companies like Kodak, the shift to digital rendered their chemical capabilities obsolete.

Some say Kodak moved too slowly into the digital space. Others say that Kodak tried to diversify into too many digital areas too quickly. Both are true to a degree, but I believe there was a more fundamental flaw in Kodak’s entire ambition to move into digital photography. Kodak mistook its core competence, believing it to be in photography. Viewing itself in this way, it looked at the adjacent possible through the strategic lens of a photography business, and rightly predicted that the future was digital.

But Kodak’s competence was as a chemical company. Its market was photography, but its competence was chemicals. And the fact was that the consumer market for photographic paper and printing was pretty much dead.

Had Kodak seen themselves as a chemical company (and their technical expertise in this area was world class) then they may have ignored the hype and realised that their adjacent possible was not in photography at all, but in all other areas that required deep expertise in chemicals – ironically this would have created a significant widening of its potential market and revenue.

Given this fine balance of opportunity and threat – and given that the adjacent possible might just be where your company’s performance and longevity thrives or dies – it is crucial that you keep a number of important considerations in mind when exploring the adjacent possible.

Having worked closely with executive teams on exactly this strategic thinking, here are four areas you need to consider.

Evolution is safer than revolution

When Italian wall lizards were taken to an island that didn’t provide their usual food supply, they shifted by necessity to other food sources. Over time their heads changed in size to give them the stronger bite they needed to manage this different diet. That’s an evolution into the adjacent possible. They didn’t become a whole new species. They became better adapted to their new environment in order to survive, while retaining what was essentially lizard-like about themselves.

Companies trying to reinvent themselves would do well to remember this. Specifically, you ignore your core competencies at your peril. Lego, regarded by some measures as the world’s best brand, has endured because it has consistently evolved. But it ran into trouble in the early 2000s when it diversified into multiple areas beyond its core area, such as theme parks, video games, movies and infant clothing. The shock of almost defaulting on its debt precipitated a major rethink in the C-suite, with a move back to creating “a defensible core of products” that stayed true to its brand reputation and its core competence. Lego has been thriving ever since.

Adaptation happens in a context

Like all adaptation, business evolution happens due to changes in the context – either current or anticipated. Before exploring the adjacent possible, you must firstly understand how your context is changing. Because it is only by understanding your changing environment can you know how to evolve and adapt to it.

You do this by exploring the signals and indicators that paint a picture of the future, showing the potential trends that will affect your industry or niche. You have to go broad in this foresight, because disruptions usually happen outside of your core industry or technology and impact you in sudden and unexpected ways. Developing an awareness and understanding of how your strategic context is changing will, I believe, become the new strategic competence for executives in the 2020s and beyond.

Constraints are at the core of adaptation

The higher education sector had been working towards online learning and blended methods incrementally for decades; some faster than others, but the pace generally was slow. Until Covid. Then there simply was no alternative but to create the capability to shift learning online.

The speed at which they managed this was impressive. Some leaders within the sector lament that it took a crisis to make the change happen so quickly and so seamlessly, but this is very often the way with transformational change. When there is no alternative, organisations become creative, adaptive and nimble beyond anything they previously thought was possible.

As a leader you must rethink constraints, because with the right strategic leadership those constraints can be an enabler to change and adaptation. And, sometimes, your job may be to remove all of the alternatives so you create the conditions for adaptation without the need for a crisis.

Innovation has to be timed to meet the needs of the context. Too soon and the marketplace isn’t ready for it. Too late, and you’ve missed the boat.

Take Microsoft as a highly visible example. They were innovating tablet computers a decade before Apple, but neither the supporting technology nor the market need were ready and the innovation flopped. When Apple launched the iPad in 2010 they positioned the tablet as enabling consumers to “hold the internet in your hands”. It was made possible not just because of beautifully designed hardware, but more importantly because the apps that ran on it had been established through the iPhone. It was a technological innovation built on the adjacent possible of both the iPhone and the laptop – and it sold 300,000 units in its first day of sales.

Timing is everything. It’s not enough to know what is in your adjacent possible; you need also to know when the market is ready for it.

Finding your own adjacent possible

But how do you find out what and where the adjacent possible is in your own organisation? What do you do about an annihilating threat disguised as a benign opportunity…because that’s exactly what some disruptive technologies are.

While giants like Google and Amazon have entire teams of futurists working on what might be on the horizon, most traditional companies don’t have the resources to hire these teams.

There are many ways to answer that question but, wherever the ideas come from, what you do once you’ve understood your context and what might be in the adjacent possible is crucial.

Your ability to identify, triage and react to what’s in your adjacent possible will become a core executive competency in the future. This will be true not only for the individual executive, but also for the way the executive team engages collectively in strategic thinking, planning and delivery.