Lessons in leadership from ‘Call My Agent’ 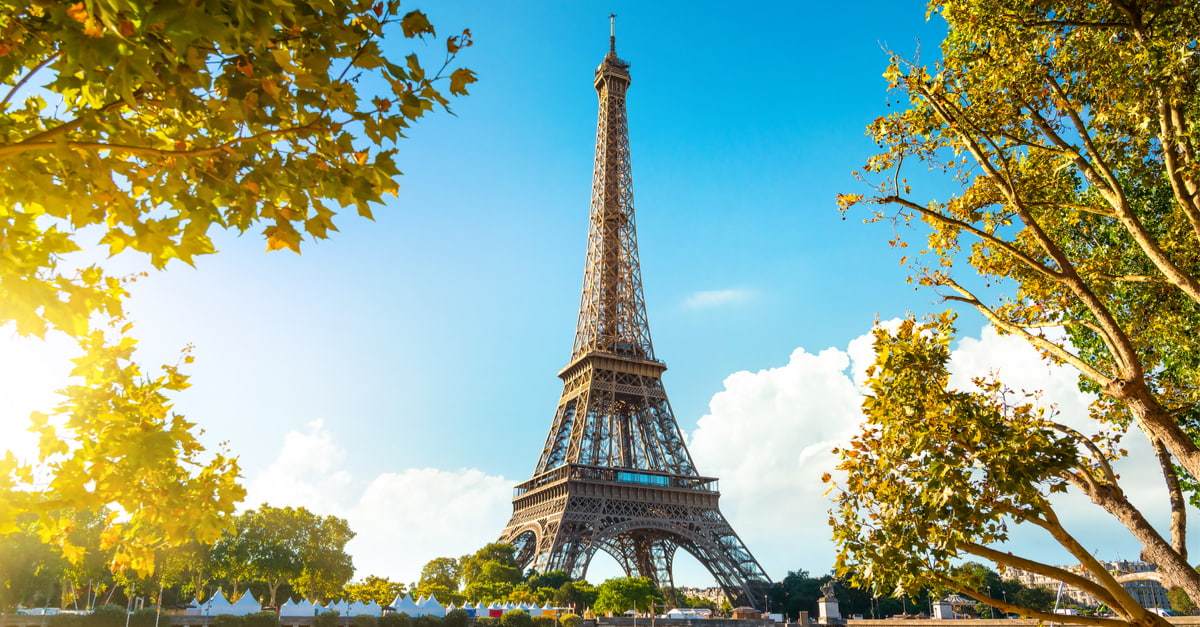 I was recently left feeling bereft at the end of the final episode of Call My Agent on Netflix. And, appearing to lack a proper support network of people who might understand the scale of my predicament, I’m reverting to the now habitual behaviour I lean on equally in times of stress and happiness, excitement and boredom…

If you haven’t watched Call My Agent, a French drama about a talent agency facing an existential crisis, I urge you to stop reading this right now and go watch it. I’ll wait. You can thank me later.

But just in case you’re reading on regardless, be warned. I’m going to mention things that happen across all four series, so take this as the obligatory ‘spoiler alert’…

The central plotline, underpinned by humour, glamour and high-drama, is an agency called A.S.K (the Agency of Samuel Kerr) which suffers an unnecessary demise because of the flaws and weaknesses of the people at its helm. It made for excellent viewing, but it also proffers a stark lesson for those of us interested in leadership and organisational success.

In the glamorous world of movies and cinema, every actor has an agent: the person who negotiates for them, advocates for them, supports them…and then takes 10 per cent of everything they earn.

In Call My Agent, the talent agency A.S.K boasts financial success and some of the biggest names in the acting business on its roster. It appeared to have it all until its founder and main shareholder, Samuel, dies by swallowing a wasp while on his first holiday in 16 years.

His unexpected death creates an existential crisis for the agency. For a start, it leaves the company financially fragile. Samuel’s majority shareholding goes to his wife, who wants nothing to do with A.S.K and is eager to sell. But the four other partners are unable to raise enough money to buy her out, so the fate of the agency is in peril right from the start.

There’d been no succession planning, no strategy for what would happen in this kind of eventuality. An entire life’s work, and a company decades in the making, is left teetering on the brink of collapse as soon as the founder dies.

These types of existential crisis are as common as they are predictable. But they don’t always lead to an inevitable demise. Indeed, in many organisations it is being on the brink in this way that provides the impetus to revitalise an organisation, and encourage it to evolve and better adapt to its new conditions.

A case in point: in the early stages of the financial crisis, John Chambers, the CEO of Cisco, told the New York Times about the advice given to him a decade earlier by GE’s then CEO, Jack Welch. Chambers had asked Welch what it took to make a great company, to which Welch responded: “It takes major setbacks… by that I mean a near-death experience!”

Welch’s comments speak to the common reticence to make major change in organisations unless we absolutely have to. Sticking to what we know and what’s worked in the past tends to be a stay-safe default in human nature. Until, that is, we find ourselves (and our companies) ill-suited to the new world in which we find ourselves. It’s only in such dire straits that we have little choice: change or die.

This is no exaggeration. My oft-quoted McKinsey statistic that 75 per cent of listed companies won’t exist by 2027 bears this out.

The average lifespan of a listed company in 1958 was 61 years; today, it’s less than 18 years. The companies we are leading are in a more precarious position than ever before, and yet each company ending is experienced as a traumatic shock.

The only way to protect our organisations from this grim possibility is to adapt and evolve to our changing context. And Welch’s advice to Chambers suggests we are best able to make these sorts of developmental leaps when there is no meaningful (or palatable) alternative.

We see such evolutionary processes all the time in nature – which suggests adaptability is in fact a natural occurrence. Take the Italian wall lizard as an example. When biologists introduced it to a new habitat without its usual food supply, these adaptable little creatures shifted to a completely new diet. Over an astonishingly short space of time, their head size evolved to give them the stronger bite needed for their new diet. They even developed new gut structures to digest this new food source – a dramatic and genetic shift, without which their survival would have become questionable.

And so it was with the talent agency. In the aftermath of Samuel’s unexpected death, fragilities and risks in the business rise quickly and devastatingly to the surface; in that moment, his fellow partners have a finite opportunity to evolve a business better adapted to its environment. It is as if A.S.K is offered an invitation to make an evolutionary developmental leap.

Each of the partners rushes to take obvious and self-serving action to secure A.S.K. But what they failed to realise is that when fundamental change is required in a company, it’s actually the people who must change. It’s no use changing processes and policies when the structural dynamics keep it locked in old patterns. And the A.S.K. partners are too busy in their dysfunction to see that…until it’s too late.

Each one of the main characters experiences a personal crisis that mirrors the existential crisis writ large at A.S.K. – particularly the two alpha partners, Mathias and Andréa. The developmental invitation is extended to them personally, as well as A.S.K as a company.

How did they fare, and what can we learn from their fictional folly?

Mathias Barneville, a partner and artist’s agent, is a ruthless and ambitious strategist who is prepared to stop at nothing to get ahead. It matters little to him that his attempts to strengthen his own position actually weaken the business. He has no loyalty and in this respect he resembles a classic self-interested leader.

Sadly, we don’t have to search very far to find many sorry examples of such leaders at the helms of businesses. The financial crisis was replete with them, and they are to be found behind many organisation failures and political crises.

Such leaders are often characterised by hubris – a trait that often expands in ambitious people as they gain more and more power. Convinced of their own talent, they begin to display symptoms of this condition, including a “narcissistic propensity to see the world primarily as an arena in which they can exercise power and seek glory, rather than a place with problems that need approaching in a pragmatic and non-self-referential manner”.[1]

We are all self-interested to a point, and personal ambition rightfully has its place. But when is it too much? When it pushes the organisation to the brink of collapse? When disastrous results ensue for many, even while the leader personally benefits?

For our showbiz agent Mathias, the harder he pushes, the more the world pushes back. Setback after setback take their toll on his health and eventually he suffers a breakdown. Mathias is only really prepared to change when he has run out of options and alternatives. But change is does. Mathias eventually sets aside his ambition and joins his daughter in her firm, happy to play a supporting role to a better leader.

Andréa Martel is the second alpha partner and artist’s agent at A.S.K. Although it could be argued she is just as ambitious as Mathias, her dysfunction manifests itself primarily in her private life, and how it leaks into her work.

Andréa is a classic sexual predator and hedonist. Her private life is littered with people hurt and damaged by her behaviour. It’s only when her advances are resisted by Colette Brancillion, who is tasked with auditing A.S.K., that Andréa experiences rejection from the other side.

An unplanned pregnancy connects her to her vulnerability and the need to let other people in. As she tries to juggle her new home commitments with her work life, she begins to develop as a whole person – and, in turn, her leadership begins to emerge. But is it too late?

For any business executive, maturing leadership represents not how a person ages but how they develop. Changes in life circumstances and events provide us with the content and impetus to do our own psychological work. This inner work enables us to grow as a person towards higher levels of functioning – if, of course, we accept the calling.

This, of course, doesn’t just happen for senior leaders. We are all on a developmental journey, each of us at different stages, irrespective of our professional role, with life providing the grist for the developmental mill.

And it’s not a given that we will make these developmental transitions. To maximise the chances, we often need others alongside us to guide, support and challenge.

There are said to be three areas that should be integrated, for someone to become a better leader – and Andréa’s storyline brings all three to life for us.[2]

The first is around limiting beliefs. For Andréa this meant shifting her worldview as a wholly independent agent to an interdependent leader – one who accepted that receiving and giving are not mutually exclusive.

The second element involves developing robust skills that are appropriate and relevant to the level reached in a hierarchy. As leaders find themselves in more senior positions, they must mature into that position by assuming the values and worldview that are appropriate for that level; when leaders don’t do this, they become a burden to their team. By the end, Andréa’s leadership became about directing others more than doing things herself.

The third area to integrate is a moral focus in leadership. As leaders mature and develop, bringing ethics to the fore paves the way for solutions that are acceptable to all parties. Andréa’s admission to Colette of her failings represents her beginning, at least, to accept some moral responsibility for her past behaviour.

By the show’s finale, Mathias and Andréa do achieve their developmental maturation. But it was not enough nor in time to save the company. A.S.K incubated the partners’ development, and when they were ready to be free of what was no longer working in their psyches and their lives, the company had served its purpose and become surplus to their individual requirements.

Perhaps you can relate?

I can. I’ve personally lived through the demise of a consulting practice not unlike A.S.K: idiosyncratic and brilliant, but in this case trying – and failing – to integrate into the behemoth of a global player after acquisition. Perhaps that’s why I was so hooked on Call My Agent. It was French art imitating life for leaders the whole world over.