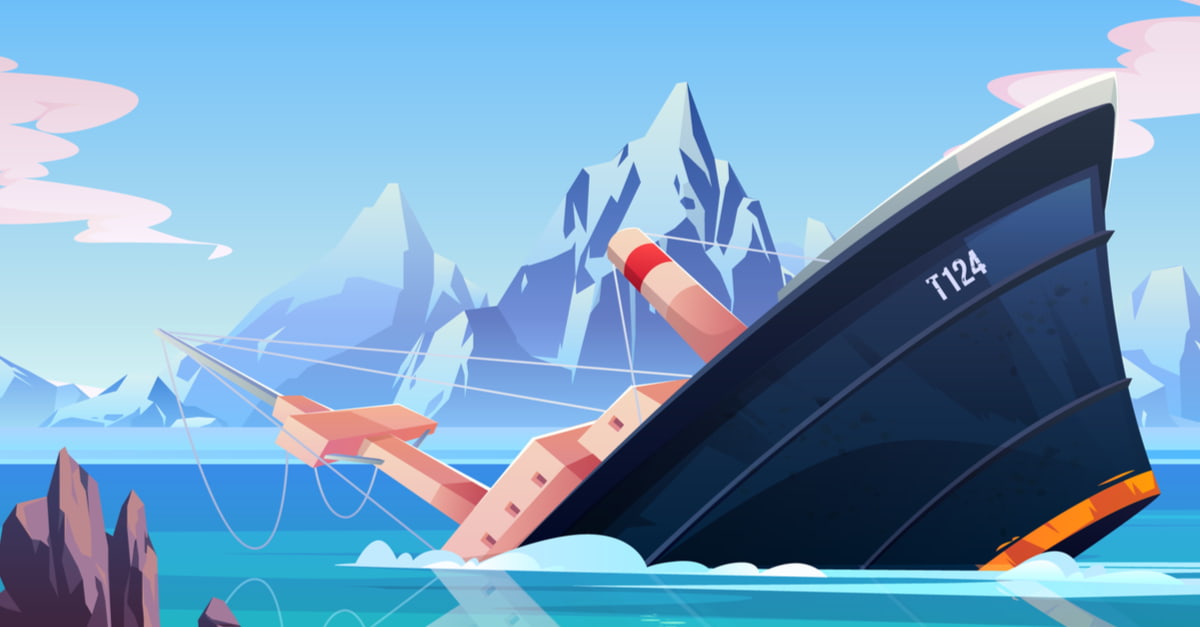 P&O Ferries, according to a recent YouGov poll, are now – officially – the most hated and disrespected brand in the UK. It comes after they unceremoniously sacked the bulk of their seafaring staff – almost 800 people in all – so they could exploit a legal loophole and employ agency workers to replace them, paying below the UK minimum wage.

It’s been one catastrophe after another since they made their announcement on 17th March, sacking their staff over Teams with no notice and no consultation with unions.

The CEO, Peter Hebblethwaite, was summoned to appear in front of MPs at a Transport Parliamentary Committee in Westminster where he justified the company’s actions in breaking the law because “P&O was otherwise going to close and did not have a future”.

Since then, their regulator, Maritime and Coastguard Agency, detained some of their ships in port for unspecified safety deficiencies, which had a major impact on passenger and freight traffic over the Easter holiday period. Even before this happened, P&O Ferries knew their decision would suspend services that passengers had already bought tickets for in good faith.

In our research on the ways of thinking, acting and being that executive leaders must become fluent in to lead well in our disrupted world, the third of the four fluencies is Ethical Fluency which we define as: embracing the responsibility to create just outcomes for all stakeholders.

P&O Ferries gives us a live and current example of the challenges in becoming ethically fluent – and what can happen when you don’t.

It’s widely understood that ethical behaviour resides above the law; going beyond what is legally mandated.

Therefore, even if a company acts within the letter of the law their behaviour may be seen as suspect. Whether this is because the law hasn’t kept pace with an issue or that society’s expectations are simply higher than the legal bar, we accept that adherence to the law is the minimum we should be able to expect from an organisation. But P&O Ferries, by their own shameless admission, deliberately and knowingly broke the law.

We don’t know how hard P&O Ferries looked for alternatives to their appalling scheme. An option for them, rather than sinking to the lowest common denominator of the way the industry en masse was exploiting a legal loophole, would have been to try and work with Government to close the loophole and have the industry rise to a level of better stewardship.

It’s easy for Government to be up in arms after the fact about the ferry company exploiting legal loopholes, but we know that Governments are very slow to change when they’re not forced to in a crisis. Those companies that exploited this loophole sooner, and perhaps did it in a more canny way, have been able to reap the financial benefits for a long time.

As it stands, it doesn’t look like P&O Ferries made any attempt to lobby Government for change to close the loophole their competitors were exploiting. Instead, they justified their decision on the basis that everyone else was doing it. Hebblethwaite told the Westminster committee “this is internationally recognised and widely used across the globe by our competitors”.

But just because a particular practice commonly occurs doesn’t make it right. This conventional approach to business ethics compares a company’s decision against prevailing practice and what is, therefore, deemed acceptable. It’s the ethical equivalent of a petulant teenager justifying bad behaviour on the basis of ‘everyone else is doing it’!

Contrast this with a normative ethics approach which is concerned not with what is, but with what should be. That is a coherent moral system for decisions, behaviour and outcomes.

But who decides? In a secular society, there will always be different views as to what constitutes ethical action.

Ethical conundrums in the C-suite exist when the needs of different stakeholder groups are in opposition to each other. The P&O Ferries executive team, by their actions, can be seen to have tried to uphold their fiduciary responsibility to keep the company afloat; whatever the impact and consequences to their other stakeholders.

But this is 2022. Surely well run companies accept the pluralism of their stakeholders? It’s now widely accepted that the market or owner is not the only stakeholder group to be focused on.

Living up to your own standards

The purpose of this article is not for me to impose my ethical standards on P&O Ferries. I won’t even hold P&O Ferries’ behaviour against some ideal standard, or even, at the most basic of all levels, the law.

Cutting them as much ethical slack as I possibly can, I’ll instead hold their ethical behaviour against their own espoused ethical position. That is their Mission and their Vision. What they said they’d do before the ethical rubber hit the road.

Our mission is to build the best possible business for our customers, our people and our communities, through working in an ever more responsible and sustainable way.

And here’s their Vision:

Even by the most generous of interpretations, P&O Ferries failed to meet the standards they set for themselves. They behaved with the utmost hypocrisy.

It’s all very well to go on a two-day off-site and come up with a pithy statement and a reasonable sounding list of bullet points. That’s not Ethical Fluency. Behaving ethically in a corporate environment is when our actions, behaviours and outcomes match what we said we’d do. That is they match what our community, the full range of our stakeholders, has accepted from us publicly as the bar that we’ll hold ourselves to.

When the kudos we got for publishing our ESG reports, sustainability statements, or CSG plans have long since faded, executive teams are confronted with the reality that this is hard work. That making the right call beyond the PR machine means making really, really tough choices.