Poverty of Imagination: the biggest executive threat in 2021? 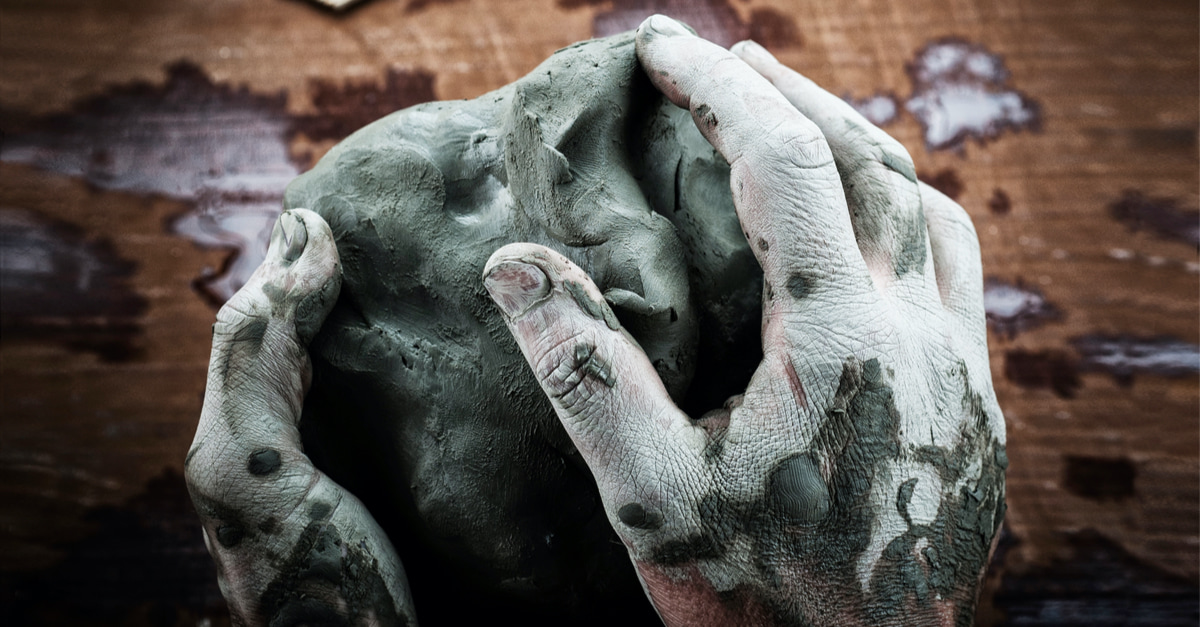 A new year – a fresh start, right? This January more than any other, we are glad to see the back of the last year and, yet, even as I write this article we are moving through a rapidly changing situation into another period of lockdown, restriction and challenge.

This creates a now-familiar dichotomy for leaders. On the one hand, there is an immediate and pressing challenge to manage. But, crucial as that is, it doesn’t change the fact that there is much to do beyond Covid to grow our businesses, and create longevity and sustainability in a world that is never going back to its old pace.

This dichotomy is especially potent when we have a genuine desire to make progress – because, Covid aside, this natural urge to develop our business and our legacy leads us towards action and busyness… to focus on what’s in front of us in the very near term… turning our attention to what is urgent, important and do-able.

But in our efforts to make progress, any progress, there is a danger that we work on things incrementally, towards a kind of better sameness.

Incrementalism is often good. Consistent, steady change is the stuff of most organisational progress, rather than the wild transformational leaps the business books might have us believe.

However, there is a downside, and it’s potentially huge: relying only on incrementalism can leave us suffering a poverty of imagination. When we become used to doing things the same way, this in turn makes this poverty of imagination habitual. Shouldn’t we be open, instead, to the possibility of possibility? Perhaps we should open our minds to the chance that this might be the time for radical action. Here’s why.

Opportunity is located in the ripeness of a system for change. It simply isn’t there all the time. We assume we can always make change happen, but in reality there are relatively few times when a system (an organisation, a school, a community, a country) is genuinely ready for real change.

When my daughter was a small child, she used to love to model in clay. I would buy an enormous slab of heavy grey clay from a craft store, sealed tight in clear plastic. To use it, we would carefully cut off enough clay to work with. When the clay is first removed from the sealed wrapper, it’s pliable: an agreeable consistency that allowed my daughter to mould and shape it any way she wanted. But time was of the essence. The longer the clay was exposed to the air, the harder and more brittle it became. A material that once was malleable starts to set, and the opportunity to work with it passes.

And so it is with change.

There are moments in time when the status quo has been sufficiently disrupted that the system in question is like wet clay. It’s only during this time that it’s sufficiently pliable. This usually happens after a jolt; immediately after an M&A, or when an organisation has experienced a major crisis, for example. But the change-readiness doesn’t last. Like the clay that has been exposed too long in the air, organisations can begin to ‘set’ back into a status quo. Change, therefore, is about timing.

For sure, Covid has been bad on so many fronts. But the disruption of Covid also provides us with an opportunity. Because it has been so disruptive, it has up-ended many of our cherished notions and ideas. It has forced us to alter the way we work, how we do business, how we lead.

So the first point of this article is to invite you to consider if in all the disruption and chaos of Covid, your organisation might be like wet clay: ready for remoulding?

To even answer this question (and, if you do, to be able to envision a different future), requires a much underrated leadership capability. Imagination.

Imagination allows us to suspend what is and explore what might be. Perhaps this is why organisations are often ambivalent towards imagination. It’s needed, but because there is so little control over the outcomes and their consequences, it is feared and often avoided. But eschewing imaginative solutions is simply not an option in this world of such disruption and turbulence.

One catastrophic example of a poverty of imagination is outlined in the Commission Report published to understand why 9/11 was able to happen. It notes that “across the government, there were failures of imagination, policy, capabilities, and management” but “the most important failure was of imagination”.

Specifically, the report found, “the course of action devised by the terrorists was perversely imaginative, and from their perspective, successful”.  But because it went against the assumption that terrorists would devise attacks that would provide them with the opportunity to negotiate the release of captive extremists held in the USA, the “possibility that terrorists might not be interested in dialogue at all, but only in destruction, was ‘unimagined’”.

Holding too firmly to the world as it was, without exploring what it might be, could be described in this instance as the ultimate act of poor leadership. Imagination, therefore, is a fundamental capability of an effective leader. Because, although there are many organisations that move along without much of it, the truly successful companies are those led by people with the most vivid imaginations. These imaginative leaders make it their business to question what is and to venture into the possibilities of where the world might be heading – and then develop products and services in anticipation of it.

Tensions in working with imagination

There are inherent tensions with imagination, even for those who understand that it’s needed. Few organisations are set up to work with it effectively, given that the outcome of working imaginatively involves doing new things, or old things in new ways, or completely upending what we’ve always held dear. These all involve a high degree of risk. Yet most large organisations are optimised against risk. And when risk is minimised, imagination becomes unnecessary.

In an attempt to straddle this risk position and the known need to think differently, leaders try to reduce the uncertainty through prediction and control. Planning, forecasting, controlling. Knowledge are imagination are pitted against each other. Knowledge dominates so heavily that this is widely accepted as the only responsible way to lead. Imagination – just like modelling in clay – is often seen as child’s play, which comes with the connotation that it is unrealistic, frivolous or shallow. Leaders are more often focused on closing down uncertainty and managing ambiguity in such a way to return to a comfortable place of control. Imagination runs counter to all these instincts.

And in many ways this is understandable. Those who manage risk are justified in being wary of unbridled imagination because most novel ideas fail. For every brilliant insight or innovation, there are many more that were cast aside. We are very harsh towards leaders who are mistaken in their vision. Yet the consequences of not being imaginative in a world that is changing at warp-speed can be even more dangerous. To fail to imagine what is on the horizon, or to accept that our business or offering may be no longer relevant is like standing on the track lines when we know the 10:56 is due any minutes.

How, then, do we work with imagination in such a way that mitigates risk as much as possible while still imagining a different world? Of course, we won’t ever eradicate the risk from imagination, but it can be worked with productively. Validating an imaginative idea’s coherency and logic is the cognitive work of good leadership teams. Applying rigour and scrutiny to good ideas enables us to choose which are worth pursing and which should be consigned to the dustbin.

It’s perhaps ironic then, in a world where risk management is lauded and imagination is feared, to discover that the back-end work of innovation and ideas – the very outputs of imagination – looks much like the day-to-day work to de-risk flights of fancy.

A time for dreaming

We remember Martin Luther King’s ‘I have a dream’ speech because it evoked the collective imagination towards a different world. We do it in our own lives all the time. And some leaders – many leaders – still do. They have a dream of a better world. They dare to imagine, to dream, to hope.

And so, as 2021 begins to unfurl and provides little respite from last year’s turbulence, we find ourselves in a time that offers leaders not only challenge but also the gift of opportunity. The opportunity is to reimagine your organisation, your strategy, your assumptions about who you are, and how you get things done.

As we start this new year, against a backdrop unlike any other, perhaps our organisations are uniquely change-ready – just like the clay freshly removed from its wrapper. The thing that’s required most of us now, is imagination.

“National Commission on Terrorist Attacks upon the United States”, 2004a, p.9.