The power of positive deviance 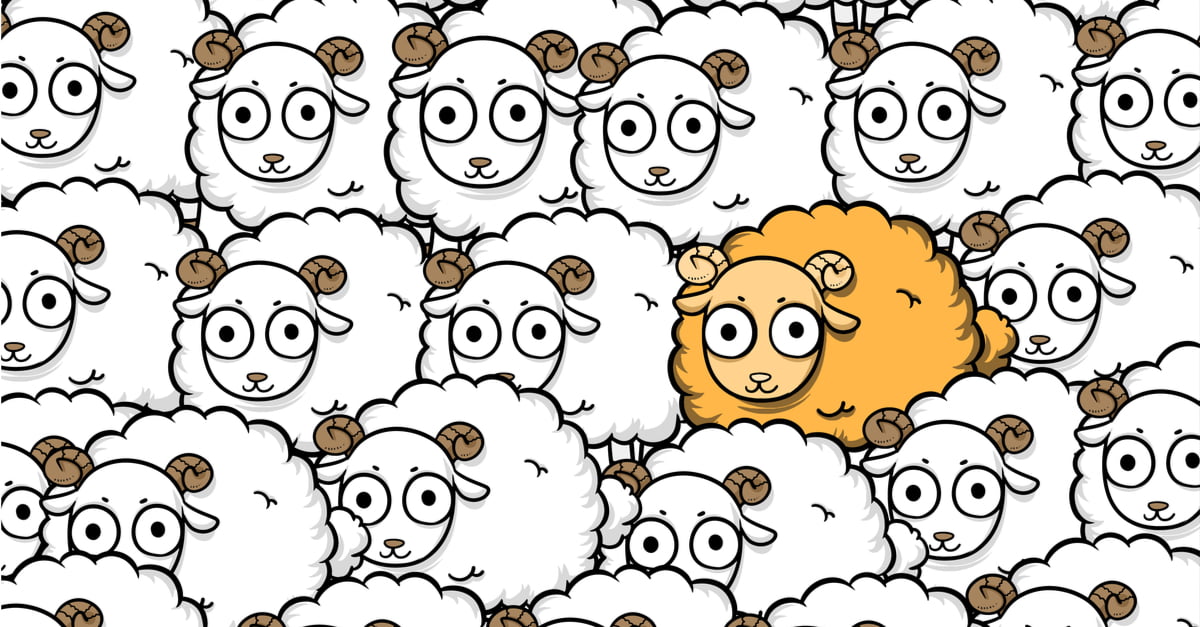 Hidden in plain sight, there’s a small group of people in your organisation who could help you achieve seismic shifts in performance and innovation.

In even the most traditional of companies, implementing innovations from within this existing resource would be much less likely to come up against resistance to change. The costs would be far less than traditional initiatives, the implementation would be faster and the results would be more sustainable.

And in the process, your people’s engagement and enthusiasm would rise, not fall.

Sounds good, doesn’t it? But is there a catch?

Only a small one. Accessing this untapped resource requires you to think differently about where and how change and innovation happens in your organisation.

This profound approach to change and innovation is called ‘positive deviance’.

The premise is that inside every organisation there are already people who are adopting successful practices and strategies to solve intractable problems. Even though they face the same challenges and constraints as everyone else in the organisation, this minority of individuals – known as the positive deviants – are able to be resourceful and find innovative solutions.

Understand how and why this happens, and you have a highly scalable resource to transform problem solving, drive innovation, and increase sustainability in your business.

Interestingly, positive deviance was developed not by a top business school, but by Save the Children charity officials in poverty-stricken Vietnam in the 1990s.  They found that even though most children were malnourished, some children were not, despite living in exactly the same dire circumstances. When they explored this anomaly, they found a small number of mothers were breaking locally accepted norms on gathering and preparing food. With the same access to limited food supplies, their children were well nourished and healthy.

These mothers were positively deviating from the prevailing conventions on how to feed their children. When the other mothers in the villages realised this, they wanted to know how their peers did it. And, crucially, because the solution wasn’t imposed by an outside ‘expert’, the ideas were more readily accepted and adopted. It had a profound impact on childhood mortality in Vietnam.

There are also plenty of examples of how positive deviance has been used to good effect in corporate environments.

For example, before the days of assigned seating on budget airlines, crew members were instructed not to hold back seats for any passengers. Speed of boarding was crucial if the airline was to meet its on-time departure targets, and avoiding late departure penalties was key to keeping fares low.

Experienced cabin crew knew the policy of ‘no preassigned seats, ever’ was unworkable. When they came to seat people who had different needs, such as families travelling with young children or people who needed special assistance, the policy actually slowed them down. Making these accommodations was a drain on time and was actually risking flight departure times – the very measure it was designed to ensure.

One ‘positive deviant’ crew member in a well-known budget airline, working in the best interests of ‘on-time take-off’, realised the policy was inhibiting this strategically important goal. So she decided to designate the first four rows as ‘not available’, giving her immediate flexibility to quickly accommodate the inevitable proportion of passengers who would otherwise need to be moved – such as families with young children who needed to sit together, or people with restricted mobility. Her fellow crew saw how well this innovative solution worked, and they took the idea and implemented it on their next flight…and their colleagues in turn used it on their subsequent flights…in a form of contagious innovation.

This is how organisational systems adapt and evolve. Small solutions that work in the system’s best interests are picked up and become established practice as people adopt good ideas that work. And because these solutions are generated within the community, they don’t meet the same level of resistance that change usually does when it’s imposed from outside.

The prevailing leadership approach adopted in most organisations is ‘find and fix’ – which assumes that adherence to company policy and procedure is always good. When leaders spot deviations, they’re taught to take remedial action to restore the behaviour they expected to find. It’s a command-and-control approach that believes the wisdom within the system is concentrated at the top.

This works in some situations. There’s no question, for example, that a safety procedure isn’t suitable for organic adaptation. The risk of it going wrong makes adherence necessary, and change should be planned carefully with full account of the potential risks. But for non-risky issues, perhaps we can let up on control and see if the wisdom of the system finds a better way?

The reason positive deviance has taken off with sociologists but not so much in corporate environments may be the top-down way we typically lead organisations. Accepting that deviations from what’s expected can actually be positive requires leaders to shift their attention away from finding the failing norm and instead spotting the successful exception. In other words, uncover the positive outliers and explore with curiosity what’s going on and why. That is, pay attention differently and to different things.

Adopting a positive deviance perspective doesn’t mean you have to abandon the need for people to adhere to critical organisational processes, but instead balance these with greater team and individual autonomy.

The action of assigning the first four rows on flights so cabin crew could make real-time adjustments was ‘discovered’ by an executive director who happened to be a passenger. She experienced first-hand the ground-up solution that had been created through positive deviance. Rather than impose the company line, with curiosity she asked the crew about it to understand how and why it had come about. Taking this knowledge back to HQ, it quickly became company policy, ultimately improving departure times and increasing profits across the organisation.

If we accept there is innovation potential in positive deviance, we may have to rethink those we’ve thought of as ‘difficult people’. The people who have the best innovations can often be seen as difficult or challenging. Not prepared to take rules at face value, they disrupt the status quo. But how many organisations make space for these sorts of people? How do we accommodate those who aren’t always willing to conform?

If leaders only value people who are compliant, that’s who’ll get promoted and in turn, they’ll be the ones tasked with finding the solutions to organisational problems. But as we’re uncovering, this might not be where the best solutions are.

Innovating and improving through positive deviance assumes that those closest to the work are best placed to address and solve organisational problems. Positive deviance is self-organising; based on collective intelligence. It assumes that behaviour change in a system is best achieved through practice and doing, without the aid – or the control – of someone ‘in charge’ being relied upon to make it happen.