Why we can’t all be leaders 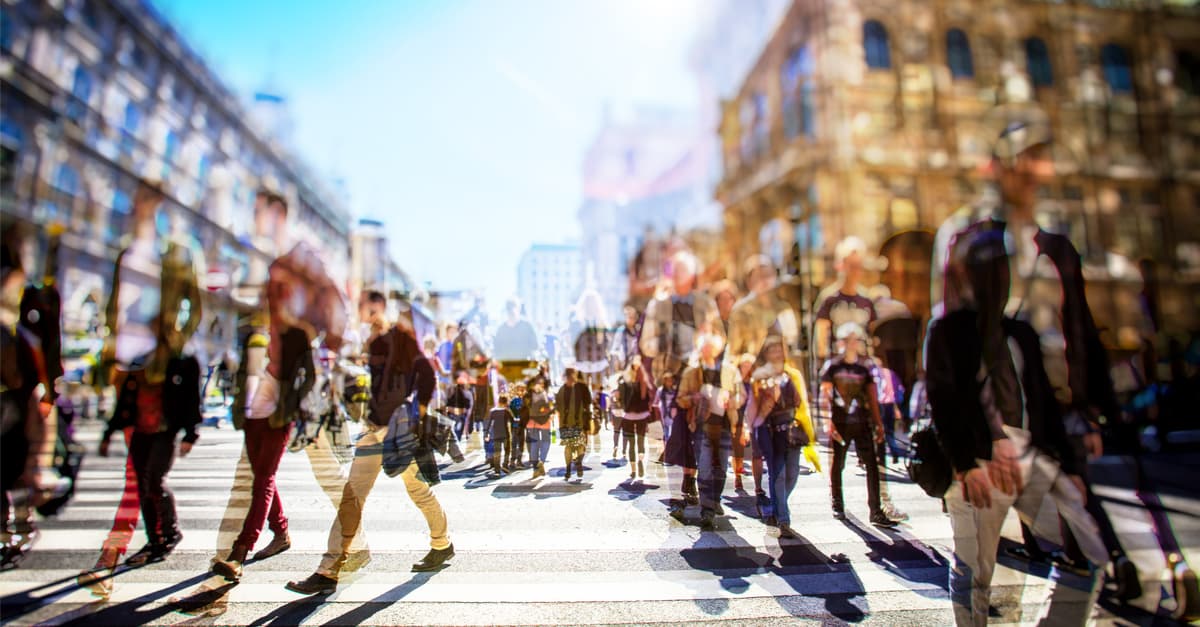 It’s hardly the most likely story that will resonate with real-world organisations. But the author of Turn This Ship Around has a bold claim: that you can transform a demoralised, dysfunctional crew into a motivational powerhouse by adopting a leader-leader model.

He did it, therefore so can you. And in the process, the evils of hierarchy are crushed to allow everyone to step into their (non-paid-for!) promotion.

It highlights a phenomenon I’ve noticed a lot recently by many purporting to write about ‘leadership’. That is, that we can all be leaders.

Betty on the checkout: leader

To me, this fad represents a diminishing of the very notion of leadership to such a watered-down place that it’s in danger of becoming meaningless. When leadership stands for everything, it stands for nothing.

There are two strands to this line of thinking: everyone’s a leader and hierarchy is dead.

Both ideas are based on faulty logic, dodgy assumptions and a hefty dose of wishful thinking. An attempt to perfectly solve the wrong problems.

The everyone’s a leader school of thought is based on the premise that irrespective of a person’s role or grade, everyone in the organisation can and should exercise leadership. It stipulates that the leader-follower model represents one in which those who are led “have limited decision-making authority and little incentive to give the utmost of their intellect, energy and passion”. This, in turn, fundamentally disempowers employees.

In a deterministic, command-and-control, status-based style of leadership, the leader-follower model is indeed broken. I agree with those who would have us believe that many of the taken-for-granted assumptions about leaders and leadership haven’t translated well from the industrial age to our knowledge economy.

I agree that’s it’s time for a revamp. It’s what we should do about it where our paths diverge.

Here’s how one author from this school of thought outlines both the problem and the solution.

“It’s easy to shy away from leadership responsibility but turning to any number of excuses. Someone else above you needs to make the final call. You don’t manage people; you’re an individual contributor. You’re a subject matter expert, not a leader. Your team knows exactly what to do and doesn’t need you.”

The author then likens leadership to the formation of geese flying in the sky. He notes that: “When the lead goose tires, he or she makes its way back to the end of the line and a new goose becomes leader – setting the course, leading the way, and dealing with the most wind in the face. In business today, organisations need a similar formation, with everyone leading regardless of whether they manage people or not. And that means everyone needs to be ready to lead when it’s their turn”.

In another example, the author of ‘Everyone a Leader: a grassroots model for the new workplace’, the authors invite you to “imagine if every employee does what it takes to help his or her organisation reach its goals, a place where everyone is a leader”.

Stepping up to take an appropriate level of ownership and responsibility, whether at home, at work or in society is not good leadership. It is good citizenship. Leadership includes good citizenship, but it is not the same as it. Leadership is more than being proactive, solution focused and motivated.

When people trust and believe in the vision and direction set by leaders, and when those leaders put in place the enabling resources, processes and structures to ensure that everyone can play a role appropriate to their level, people are more likely to step up and take up that responsibility. They are being good corporate citizens, enabled by good leadership. They are not becoming the lead goose in an organisational flying formation. They are doing their job. And their job is not the same as leadership.

The shadow side of everyone’s a leader is that when things go wrong, it’s really easy to pass the buck to employee “leaders” rather than look at genuine systemic leadership failure. It dresses itself up as an empowering growth-mindset but really it diverts us away from where systemic failure usually happens: at the real leadership level.

This speaks to the uncomfortable truth about leadership. Leader (noun) is a person who has a responsibility to the people, the company and the stakeholders. In return for higher pay, hefty benefits and more than a smidgen of status, the leader is the one who’s impact may be greatest, but their tenure is likely to be shortest, and their removal the cruellest. Leaders may gain the perks, but genuine leadership comes with risks attached.

The sister concept to everyone’s a leader is hierarchy is dead. And like the former, the latter is based on legitimate concerns about its current form.

Who amongst us could argue against the idea that 20th century hierarchy is largely a stultifying organisation design that has diminished the creativity, energy, and capacity in organisations for many a long decade?

We’ve become so disillusioned with hierarchy, it’s a popular kicking ball. Even the Guardian are at it. In the opening of their piece on the The Death of Hierarchy, Graham O’Connell notes that “the hierarchical structure maybe alive and well in traditional organisations, but it is no longer regarded as an effective way to run a company. The best leaders and most modern prefer a more egalitarian climate”.

Note that what the author of a piece called The Death of Hierarchy is actually saying is that hierarchy isn’t dead after all. It is, in fact, alive and well. Even though its flaws are highlighted, he’s not suggesting we do away with hierarchy, but rather create a more egalitarian climate. I can’t disagree with this. But the two are not mutually exclusive.

What is a hierarchy? In the strict sense of the word, it is an arrangement of items. The term is used in philosophy, mathematics, biology, architecture and many other spheres without any of the uncomfortable connotations that ‘higher’ is ‘better’. When hierarchy is used in an organisational context, we often have that sense of a domineering old-school type of bureaucracy that people simply don’t want to work in anymore.

Is holacracy the answer?

One alternative to hierarchy that’s been put forward is holacracy – where traditional command-and-control is replaced with agile self-managed teams. The shift from hierarchy to holacracy sees the traditional pyramid structure redrawn as circles within circles. There is a great deal of promise in flatter, fairer, structures. But they’re far from perfect.

Organisational leaders who need reliability and adaptability got the reliability side of the equation from hierarchy. But we all know that cumbersome bureaucracies aren’t very adaptable. Holacracy as an approach responded to the adaptability needs in organisations and has taken off with the flurry of a new management fad.

Yet those organisations that have adopted holacracy, such as Zappos, have struggled to successfully implement it at scale. And many organisations who experimented with it eventually dropped it.

It turns out that it’s not just bosses who need a balance of reliability and adaptability. Employees need it too. It turns out that some elevated decision making is still required, and people still want a place to progress to.

Those companies who struggled to implement a holacratic model in its entirety have either dropped it completely and returned to the traditional hierarchy, or moved towards a more integrated approach that has elements of both. Either way, hierarchy is not dead.

The organisations that I consult to that have a more egalitarian organisational form always have some form of hierarchy, but not to the extreme degree that underpins old fashioned bureaucratic forms.

A more egalitarian climate is not a climate that has no hierarchy. It’s a hierarchy which is in place to support the flourishing of people, to enable them to do the work they are there to do in a culture that enables their ideas. It’s a different sort of hierarchy, but it’s hierarchy nonetheless.

“Hardly anyone has a good word to say about hierarchy” noted the Harvard Business Review as far back as 2003. Mostly because they wisely identify that “authority is hierarchy’s inseparable handmaiden”. And this is indeed true.

It isn’t so much the arrangement of hierarchy that causes the issues. It’s the over-reach of power, authority, control and the ensuing creative suffocation that we can’t stomach anymore. Maybe that should be our focus?

When leaders lead, facilitate, enable and encourage people to fully take up their role, the benefits are felt throughout the organisation. I’ve seen organisations when the opposite is true and the results usually speak for themselves, both in terms of diminished results and an eroded culture. But to suggest that the antidote is to make everyone a leader is just plain silly.

When good structure helps people to do their jobs well, it is an enabling structure. None of us want to work in an old-fashioned bureaucratic organisation in 2021. But to suggest that the answer is therefore to remove all hierarchy is naive and unworkable.

Instead of throwing the proverbial baby out the bathwater, wouldn’t our attention be better served exploring ways that don’t polarise issues so that we swing widely, like a clock pendulum, from one state to another? As we look for answers to complex organisational challenges, simple solutions rarely achieve what they promise. Successfully implementing new organisational forms takes nuance, balance and an ongoing dialogue to explore what works, where.

Next time, I’ll explore how to apply this type of balanced thinking to the issue of hybrid working and how we adapt in a post-lockdown environment.

Gossman, D. Everyone is a leader. Found at https://www.yourthoughtpartner.com/blog/everyone-is-a-leader

Marquet, L. D. (2015). Turn the Ship Around: A True Story of Turning Followers into Leaders. Penguin.