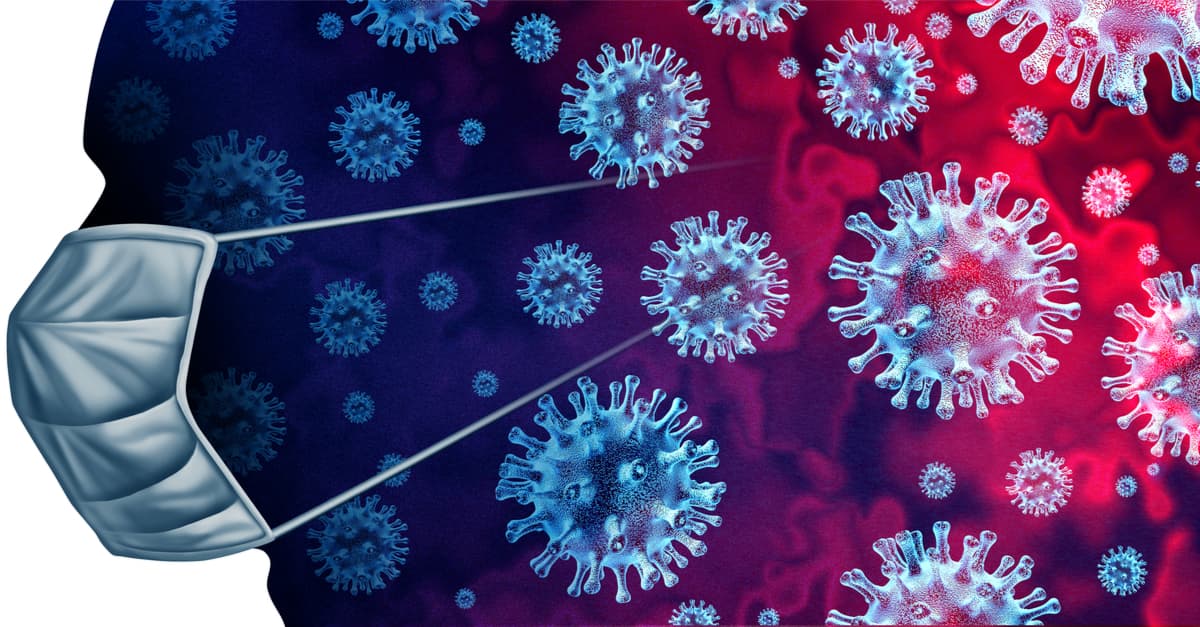 In 2020, Covid-19 turned our lives upside down. The way we live and the way we work may be forever changed as a result. If ever there was a ‘wicked problem’, Covid-19 is it.

Wicked problems are so-called not because they are ethically suspect, but rather because they’re intractable, deceptive and thorny. And any approach to them cannot help but create further problems as an inevitable consequence.

This time last year, I wrote about wicked problems and how they are structured differently from their alternative – tame problems.

You can read that article here, but in summary I explored the three structural features of wicked problems, each of which reveal valuable lessons for leaders and executives developing their agility and ability to foresee and plan for the future. The three features are:

In this new article I’ll return to each of these structural features to explore how they make tackling Covid-19 an ongoing challenge. First, though, let’s remind ourselves of what we mean by wicked problems.

What are ‘wicked problems’?

In San Francisco in 1973, city planners and other public policy owners faced a dilemma when attempting to regenerate the city.

The way those various professions “diagnosed” the problems the citizens faced drew vociferous pushback from the public. The educational programmes, redevelopment projects and law enforcement tactics that were deployed were rejected outright and the citizens’ outrage become impossible to ignore as it played out in street protests, legal battles and political campaigns.

These problems were thorny, intractable and ongoing in nature. Academics at the University of California at Berkeley1 defined them as ‘wicked’.

The term stuck because we recognise that wicked problems are an inherent part of human life. How we co-parent in divorced families, how we live alongside neighbours with different values, and how we accommodate political views different to our own is the very stuff of life.

As the business landscape changes, leaders increasingly must work with these types of issues – often for the first time, with little experience or blueprint to fall back on. Because wicked problems are not amenable to the logical, rational and planned approaches to problem-solving that have served leaders so well in the past or in other areas. That’s part of what makes wicked problems, wicked. And it’s why working to combat Covid-19 has been so difficult.

The three structural features of wicked problems – knowledge uncertainty, value conflict and dynamic complexity – each played out to confound both the scientific advisers and the politicians as they tried to manage Covid-19.

Knowledge uncertainty – we don’t know everything we need to know

Cast your mind back to the beginning of the outbreak. At first, we heard some stories come out of the Wuhan province in China about an unknown virus. It was difficult to know at that point if this was going to be the long-predicted next global pandemic or a more benign virus. Other infectious disease outbreaks, such as Ebola, SARS and MERS had been contained.

Once we knew we were dealing with a pandemic with Covid-19, there was still a great deal of uncertainty to cope with. What was this virus and how did it spread? Did it live on surfaces, or was it passed only through droplets in the air?

With the problems we’re most accustomed to solving, it’s possible to come up with an uncontroversial definition of the problem, define the goal of solving the problem, and then find a solution. We rarely have the luxury of any of these clarifying traits with wicked problems.

For a start, there are typically large numbers of variables involved in a wicked problem, and these multiple variables can be highly connected and interacting. This increases the difficulty in grasping the full extent of the problem and anticipating the myriad possible consequences of any solution.

Because Covid-19 was a new virus, when it first struck there was much we didn’t know about it (and still don’t know, for that matter). So the messaging around what the public needed to do seemed muddled and mixed. At first, it was thought that mask-wearing wouldn’t be helpful in limiting the spread of the virus. Then we found it was. We didn’t know early on that the elderly would be so severely affected, or that some people could be asymptomatic yet still spread the disease.

The uncertainty in our knowledge about the virus led, predictably enough, to differing views about how to manage and contain it. Some countries, such as Taiwan and South Korea, took action that minimised the spread – largely because of their experience with SARS and MERS. Others, like the UK, were learning as they went.

Leadership in these circumstances is more improvisational than planned. Leaders must be responsive to new information as it comes in and be prepared to change course in light of new data. If you’re the type of leader who has always positioned yourself as the person with the answers and who moves swiftly to action, this can be very challenging.

The endless – and futile – debate about whether Covid’s greatest impact was on health or the economy amplified factions we’ve become used to seeing in most contentious issues.

With wicked problems, different stakeholders don’t just disagree on how to solve the problem; they disagree also on how to define the problem. And this makes getting to a solution doubly difficult. If the specific solution proposed is inherently linked to the way the problem has been defined, this will be contested by the stakeholders who view it differently.

The stakeholders of the Covid-19 issue hold radically different views of what represents a positive outcome in society. Their values are inherently in conflict and so, then, are their very definitions of the problem.

In traditional stakeholder management, the goal is to ‘manage’ stakeholders – usually a euphemism for attempting to neutralise their objections enough that you can do what you wanted to do all along. Historically, this has worked because of the power imbalance between different groups.

In terms of Covid, it isn’t enough for a government to urge people to get vaccinated. The power in this case lies most definitely with the people. If there is scepticism and distrust in our institutions and political leaders in general (and perhaps in vaccines in particular), and enough numbers don’t come forward to be immunised, then we are all still at risk.

The liberalisation of our society and, more recently, the democratisation of knowledge and communication by the internet mean that people can come together on an issue-by-issue basis with more power and clout than ever before. The old way to think about stakeholder management in an analogue world doesn’t apply in the digital age. Wicked problems have become even more wicked as power is flattened among stakeholders. Add to this the menace of fake news and disinformation, and even well-intentioned top-down messaging is competing for legitimacy.

Power shifts in wicked problems, from those in high office to wider communities, creating a swarm effect with many acting on their own terms in their own networks. For leaders, new ways of developing trust – engaging, interacting and communicating with stakeholders (not to stakeholders) – becomes a new core competency.

When we are confronted with a tame problem, the problem is manageable because it’s fairly stable. If you have a problem on a manufacturing line today and you don’t do anything about it, it will be there in the same guise tomorrow. Wicked problems, in contrast, move. They evolve over time as they interact in the world.

There are two ways the movement of wicked problems trips us up. The first is implementation lag – the delay between experiencing the symptoms of the problem and being able to do anything about it. The challenge with an implementation lag is you can never be sure that the plan you finally put in place responds to what the problem has evolved into. Even when you can say with certainty that it will solve the presenting issue you had when it first arose, if the implementation lag is weeks or even months, the problem itself will have morphed into something that may not be amenable to the solution that you took so long to implement.

The UK was criticised for being slow to decide to lockdown back in March. After the fact, many noted that the virus was allowed to spread exponentially while the Government and its scientific advisers debated whether or not to lock down and, if so, in what way.

The Government’s challenge was is was that the issue wasn’t confined to considering just the epidemiology of the spread of the disease. There was genuine uncertainty about whether the British public would adhere to lockdown rules. It was to the Government’s great surprise that adherence was as high as it was.

Even if you implement a well-constructed solution to the problem, greater even than the implementation lag is the delay in understanding whether it has been effective.

This was the case with lockdown measures, particularly the second lockdown. When any region or country goes into lockdown, it can take several weeks for the effect of the lockdown to be seen in the infection rate. In our 24-hour news cycle, the airwaves are filled with just about everyone with an opinion – no matter how absurd. And so, while we wait on the lag, the narratives in the various media build doubt and mistrust.

The consequences of our actions don’t always show up immediately. This time-delay between our actions and their outcomes on the problem make it difficult to draw an accurate conclusion that it was our actions that caused the outcomes. This in turn makes it more difficult to build knowledge and learning. And to build trust in the proposed solution at the point when we want to implement it.

Wicked problems don’t just require a different approach; they demand a different type of leadership. Trust, open and two-way communication, and giving up the pretence that you hold all the cards or have a simple, straightforward solution are key when tackling wicked problems.