Does your company need a Chief Future Officer? 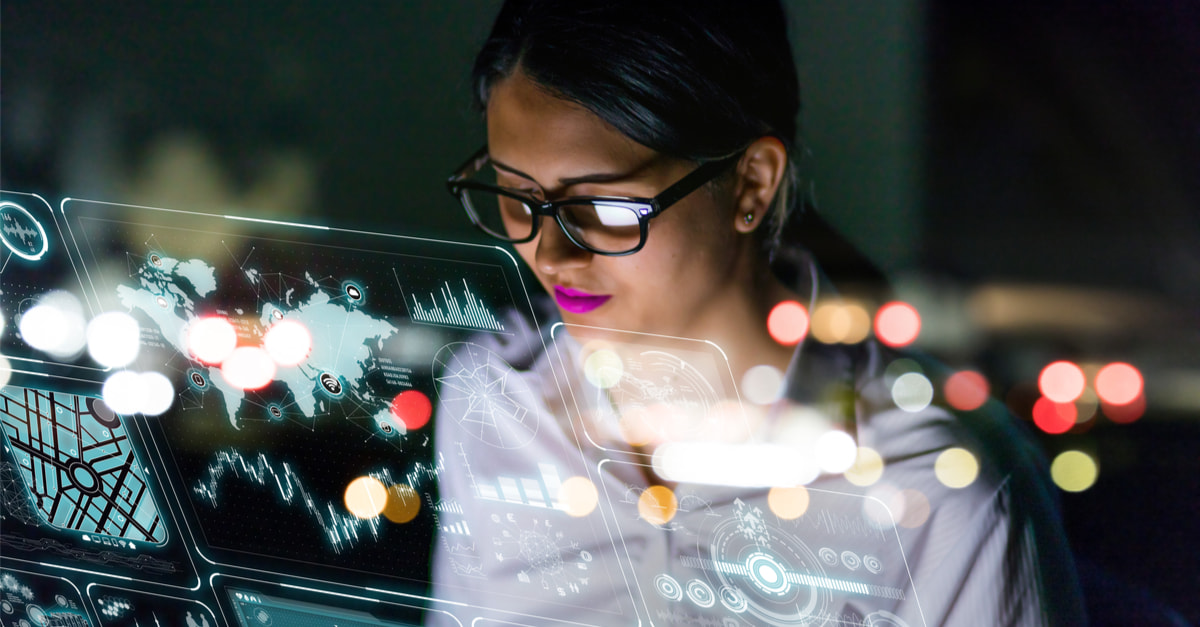 The future doesn’t stay in the future. It meets us in the present in the form of projects that come to fruition, crises that catch us off guard, and events that upend our plans.

So, you have a choice. Wait and see, scrambling to react as events unfold. Or anticipate what might be ahead. Agile, responsive and ahead of the curve.

A CEO I was recently in conversation with said “The future is going to be here whatever happens, the question is to what extent do you want to influence that? This CEO sees his role and that of his executive team as being ahead of the business at all times. “You need to be able to see around corners. And you certainly need to be further ahead than your people are ready to be at this juncture” he told me.

But with the multitude of tasks and responsibilities already placed on executive leaders, who ought to take responsibility for anticipating what the future might hold? And who will determine if the future your organisation is helping to create is one of which you will be proud?

In this article, I’ll argue for the role of Chief Future Officer to help your organisation take the future seriously in the service of creating a better business and world. Today and tomorrow.

Disney are a global media conglomerate who have been spreading their magic to little and big kids all over the world for almost 100 years. They seem untouchable. But unless they anticipate how future technology adoption may impact their face-to-face offering, they could see themselves severely wounded.

Some colleagues and I from the Strategic Foresight Certification Programme at the University of Houston recently undertook a simulated scenario exercise for Disney in which we determined that the rise of Virtual and Augmented Reality could have profound implications for Disney’s ‘live’ business; made up of parks, experiences and resorts.

The rapid technological advancement of Augmented and Virtual Reality (AR/VR) could make experiencing Disney’s World of Magic in your own home not only viable, but preferable.

Imagine the endless possibilities for your 4-year-old to join Elsa from Frozen or Buzz Lightyear in Toy Story on their adventures by wearing goggles that transport them to right inside the movie. Imagine being able to replicate the most thrilling ride that Disney offers in their Florida theme park right from your armchair in Fife. Or where you become a central character in the latest Disney movie, able to create the ending of your choice. All of this is coming this decade.

Even though the technology of AR/VR has, so far, been stubbornly slow to progress to a stage where it could be used to create a genuine strategic advantage for Disney, we can be sure the necessary developments will happen. At which point, Disney has the option to treat it either as a threat or an opportunity.

This will be largely be determined by when they accept it and work with it. If Disney are ahead of the future as it unfolds, (which we suspect they will be) they’ll prepare for this by creating a new AR/VR division and using the technological advancement as another route to their already well-established market. But if they were to remain myopically invested in the importance of their existing business model, it could make them slow to act.

This is exactly what happened to Kodak, who kept its head in the sand about the digitisation of photography. A move that led them straight to Chapter 11 bankruptcy, which you can read about here.

Will you and your company be a good ancestor?

It’s not just in the strategic realm where having an eye on the future is necessary. The threats facing our world today will impact humanity for centuries to come. We find it very difficult to bring the people who are not yet born into our thinking and planning. But we are their ancestors. When they look back on us, how will they assess us? Will we have left them a world that was good to inherit?

If we want to do good for tomorrow as well as today, author Roman Krznaric argues that we must replace the drivers of short-termism with, among other things:

We have, he suggests in his extraordinary book The Good Ancestor, a long way to go in achieving this. “We treat the future like a distant colonial outpost devoid of people, where we can freely dump ecological degradation, technological risk and nuclear waste, and which we can plunder as we please”.

I believe the question of how we can be a good ancestor should be asked in every C-suite and Boardroom. When it is all said and done, did we leave something behind that was worthwhile and meaningful?

Krzanaric himself borrowed the term from Jonas Salk, who used the criteria of being a good ancestor as the philosophy to live his life by. Salk created the first successful vaccine for polio in 1955. At the time, polio paralysed or killed over half a million people a year. Salk didn’t patent or otherwise restrict the vaccine, but rather offered his decade-long research output freely, with the aim of saving as many lives as possible.

We may not all have the chance to do work that will have the kind of impact that Jonas Salk had. But we can still ask ourselves if, even in a small way, the businesses that we lead provide something positive, or at least do no harm, to the generations who will come after us. A Chief Future Officer could help you do this.

The move towards thinking long term and attending to the rights of futures generations was brilliantly explored by best-selling author Kim Stanley Robinson, in his latest novel Ministry for the Future. Set in the near future it explores the global action that’s taken after a catastrophic heat wave that kills millions. A new international body The Ministry for the Future is set up in Zurich “charged with defending all living creatures present and future who cannot speak for themselves” and led by a former Irish minister, Mary Murphy.

So difficult is the task of making change happen quickly enough, Mary suspects a Black Ops team within her own organisation is behind major terrorist and other disruptive events to force the global psyche to finally confront the scope and scale of the challenge it faces. The book weaves us through a multitude of diverse solutions that are collectively necessary to abate the climate catastrophe ranging from geo-engineering the earth’s icebergs to carbon quantitative easing.

You may dismiss this simply as science fiction, but it is already science fact.

In 2015, Jane Davidson, Wales’s very own Mary Murphy, proposed what became the Well-being and Future Generations (Wales) Act. In so doing, Wales became the first government in the world to enshrine into law the rights of future generations into all policy decisions.

I recently had the chance to hear Jane Davidson and Kim Stanley Robinson in conversation about the necessity for us to engage in future thinking. Hosted by the School for International Futures, it was a brilliant and compelling conversation. You can watch a replay of it here.

Beyond Strategy, Sustainability and Risk

Strategy’s role as it relates to the future…

Even in the most progressive organisations, most strategy is focused on the medium and short term. I don’t know of an organisation that has a strategy that seriously considers more than 5 years out and most are concentrated within a 2-year time horizon.

This is not a criticism. These timeframes are highly pragmatic and manageable for most organisations to execute towards their plans. Being able to capitalise on here-and-how opportunities is key to running a viable business.

A Chief Future Officer would not be so constrained. Their remit would be looking out at the threats and opportunities that sit outside the typical remit of strategy work until necessarily included due to specific futures coming to fruition.

Sustainability’s role as it relates to the future…

The responsibility of sustainability relates to environmental protection and minimising the company’s impact. As we’ve already seen with the case of Disney, however, the threats and opportunities in the future will not be limited to environmental issues.

Crucially, strategy and sustainability can be in tension. The etymology of sustain, from the Latin sustinere, means to hold, or capable of being continued at a certain level. Simultaneously trying to sustain the planet and sustain an organisation (or maintaining a continuous level) holds an inherent tension.

A Chief Future Officer would not be concerned with holding things steady. When required, they would be a key disruptor of the status quo in the organisation and mediate the tension between sustainability and strategy.

Risk’s role as it relates to the future…

Risk work is typically concerned with the here-and-now or the very near future; close in space and time to the organisation it operates from. I’ve written before about the woeful failings of risk teams in financial services in spotting and alerting anyone to the impending financial crash in 2008, here.

I’ve seen risks that were missed and, only after the fact, were minimised as ‘black swans’. But most of the things we call black swan events are not black swan events. If it’s improbable but important and we can specify it, then it’s a risk, not a black swan. We can plan, we can prepare, we can minimise the damage of it.

Exploring risk in a linear way presupposes that change happens in a predicable fashion following deterministic rules of cause and effect. The scope, methods and reporting requirements of a risk function don’t allow for non-linear events and sociological tipping points. I’ll hazard a guess that Marcus Rashford’s impact on free school meals wasn’t sitting on any risk register.

A Chief Future Officer would be more interested in emergence and entanglement than linear change. Their focus would be less on single issues, and more on how issues and events coalesce to create the conditions for surprises, crises and upheavals. The type of people who work well with ambiguity wouldn’t do well in a risk role, and vice versa.

If not you, then who?

After all of this, no doubt some readers will be thinking: this isn’t an issue for me, or for my organisation.

But if not you, then who?

Organisations collectively have a greater impact and reach than many governments. The profits from organisations make our societies and our economies function. But the extraction necessary to make them work has put us into a technological and environmental crisis. And the time to take action is running out.

As The Ministry of the Future elegantly illustrates, the answers are multidimensional. Not a day goes by when you don’t hear the refrain “my industry only makes up 0.5% of global emissions” or some other justification for a lack of action.

This intellectual and numerical passing of the buck is an idea whose time has been and gone. What the world needs now are radical leaders. Leaders who creatively use their power, position and influence to do good as well as make a profit; taking action on the future we are creating. But they need help to make this transition.